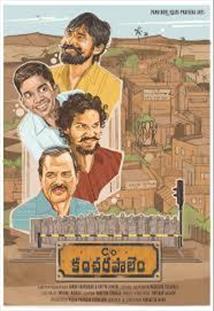 A Refreshing Tale with a Unique Voice

C/o Kancharapalem is a genuinely interesting film that�s refreshing in every sense and one that has a unique voice of its own.(more)

Care of Kancharapalem is a realistic slice of life film which has its heart in the right place. Love, comedy, earthy characters and sacrifice, this film has it all and touches every emotion perfectly. Venkatesh Maha makes a terrific debut and is the one to watch out for. Films like these are the need of the hour and need to be supported so that Telugu cinema reaches greater heights. The film is surely devoid of regular commercial elements and is not for those who expect masala entertainment. But that will not stop you from liking it once you start watching the film as movies like these are rare and made with a lot of passion. Must Watch.(more)

This Venkatesh Maha film, starring Subba Rao and Praveena Paruchuri, is a slow-burn romance with a twist that's not just clever but also deeply moving

'C/o Kancharapalem' is realistic story about love. The film also talks about religion, caste and god. Simple movie layered with subplots with dash of humor, it is engaging and makes good watch but has some creative issues too(more)

C/O Kancharapalem raises a toast to sincere, uncinematic storytelling, gives power to those unheard regional voices and does its part in undoing the stereotypical portrayal of community-specific stories in Telugu cinema

The layered characters offer tremendous repeat value. If the director Venkatesh Maha is the brain behind this idea, he deserves credit yes. But one needs to appreciate the collaborative efforts to make this come together- including the no-nerves cast Mohan Bhagath, Karthik Ratnam, Praveena Paruchuri, Subba Rao and Radha to name a few, the sound designer, the composer and a producer who saw the potential in backing a project of this value. It's also a blessing that the film is hitting theatres when Telugu cinema is ushering in a new wave. Let these voices raise!(more)

An authentic ensemble of realistic yet heart-warming love stories

Debut director Maha Venkatesh gives you one of the sweetest, stand-up-and-clap climaxes you'll see in a long time, with a denouement that will make your heart and mind meet in a head-on collision.(more)

This Movie Offers A Roller Coaster Ride To The Audiences!

This movie makes the audience laugh, cry and feel perturbed but in a sweeter way offering a great visual experience. The curiosity built around each character is praiseworthy while the overall experience offers a roller coaster ride to the audience, making the movie a mus-watch in theatres.(more)