PINK first half carries aftermath of a party night mishap. Bold girls are broken by abuse. They are threatened by politically backed acquaintances. Following arrest of a girl, a senior citizen from the neighborhood offers to help. Arguments and counters follow during the court trials in the second half. The movie concludes on a positive note. The movie tries to address social issues, such as stereotyping women, and also Indians from the northeast part of the country to a certain extent. Amitabh, the actor is majestic. The dialogues delivered were solid and steady. Especially the ones, breaking stereotypes. The character played by him, was thoughtful. So the dialogues were put forth to audience as simple messages. I wish there was detailing on the wife character. I expected a story in that part. (more) 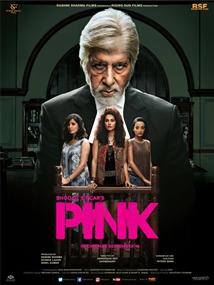