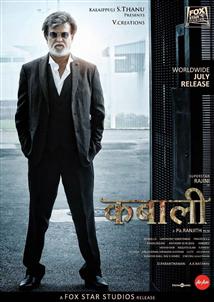 Wish we could say the same about the film. But that shouldn't make any difference to the army of Rajini fans out there.

The problem with Kabali, to put it simply, is that it is a weak film weighed down by a multiplicity of characters and a web of interconnected stories about a dead wife (Radhika Apte), an unknown daughter (Dhanshika), a fidgety young lieutenant always at Kabali's service (Dinesh Ravi), and a whiny girl whose sob stories never end (Riythvika). (more)

Kabali doesn't even serve the typical Rajini moments to Thalaivar's innumerable fans. There's the iconic scene of the 'Style Samrat' ruffling his hair, which we had a glimpse of in the teaser, but that's all.(more)

The story of Kabali is simple and nothing you haven't seen before. It's also clich'd in many aspects. But what drives it is Rajnikanth. And it's well worth another watch. Magazchi.(more)

Rajini movie with no "Rajini" in it.

"In theory, this could have been a great film, but the characterless-literally and figuratively- script is not only bereft of any intelligence or imagination but also telegraphs what little plot twists it has.The resultant soggy mess of a film is thus neither director's nor star's (more)