We overheard a fan saying 'who would need a screenplay, when we have Powerstar on screen', while walking out of the theatre. Ahem! Sardaar Gabbar Singh is strictly for the guys, who concur with this fan-boy. (more)

Sardaar Gabbar Singh will surely go well with all Pawan Kalyan fans. Right from the word go, it is Pawan�s solid screen presence and energetic performance that will bind you completely. Impressive first half and some stylish thrills are basic assets. But a weak story line, lengthy run time and a dragged out second half spoil the fun to an extent and make this film exclusive for fans only.(more)

Kalyan says or does seems to have become a feature film.

The movie puts you to sleep despite its loud execution with its yawn-worthy monotonous shenanigans. While the fans can still overlook it, the major drawback of the film is its length. Running for almost three hours, the tedious film is infested with never-ending songs that test your patience. Lack of story is the final nail in the coffin.(more)

Comedy is the only saving grace in this super clichd mess of a film!

If you are a fan of Pawan Kalyan then you will watch it of course, critics be damned. But if you are not, then it is advisable to avoid it, or maybe watch it as a parody and see if that works for you. In the end, Sardaar Gabbar Singh is definitely not worth the hype it has been receiving. (more)

Gabbar & Gudumba rolled into one

Pawan's one-man show. For those of you looking for him to do non-heroic comedy in khaki, this film has much stuff on platter.(more) 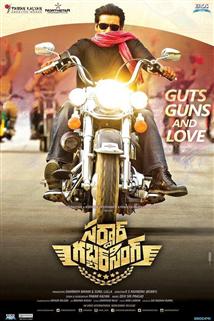