The highlight of the movie is intelligent scripting and effective direction, which doesn't have much drawbacks. Jeethu intelligently slow paces the movie in the former half without a single fast scene or shots or cuts, which helps him to engage the audience deeper into the complex thread. (more)

Engaging film that has been well made.

Jeethu Joseph needs a pat on his back for presenting the investigation in a convincing manner. The writer-director has been experimenting with various genres and maybe that has helped him in keeping his thoughts really fresh.(more)

An outstanding suspense-thriller drama and a complete family entertainer.

All credits to the director and his crew for a brilliantly executed movie. All the technical aspects of the movie have also added to the success of the movie.(more)

Memories is an average thriller

Jeethu Joseph's writing has numerous loose ends and does not give convincing answers to the questions raised at various points in the story. (more)

Memories is an engaging watch, courtesy a decent plot and a cast that does justice to the plot.

It's an engaging plot and Joseph slightly goes astray as he indulges a bit too much treading along the romantic, peaceful past of Sam. The diversion slackens an otherwise well-conceived narrative. Still he strays for a while simply because he owns a pretty decent narrative constructed with attention paid to certain technical details which raise the movie to the standard of a real thriller.(more)

'Memories' shines not because it is flawless,but due to its intense and gripping narration and the knock out blow in the climax that is eminently satisfying.(more) 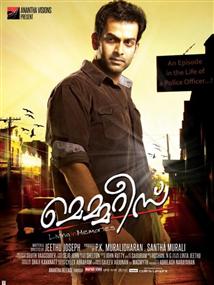