Gabbar is Back Box Office Collection

Gabbar is Back has minted Rs. 24.40 crores in two days. Gabbar Is Back has become the biggest opener in Bollywood this year. Until now Ranbir Kapoor’s Roy, which minted around Rs. 9.40 crore at the Box Office, had the biggest first day collection amongst Hindi films in 2015.

Akshay Kumar not only broke Roy’s record but he also broke his last film, Baby’s first day collection record with huge margin with his latest release Gabbar Is Back. The action thriller drama film is doing very well in most parts of Mumbai, Pune, Rajasthan and Uttar Pradesh. However, the film has received mix reviews from the audiences and critics.

Gabbar is Back starring Akshay Kumar, Shruthi Hassan and Prakash Raj in the lead roles is directed by Krish and produced by Sanjay Leela Bhansali and Viacom 18 Motion Pictures. 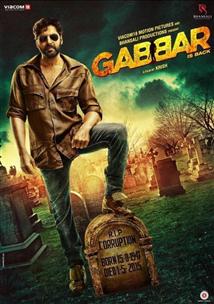