The opening act of the evening was Vivaan’s performance on the SLAM track by Ram Sampath followed by Deepika’s performances on Aahu Aahu and Titli. Shah Rukh Khan entered the show in his larger than life style on aerial cable and danced on his famous numbers Chammak Challo, Kaali Kaali Aankhe, Suraj Hua Maddham and Don.

This exciting tour will be followed by performances in cities like Chicago (September 26), Vancouver in Canada (September 27) and San Jose (September 28). They will also travel to The O2 Arena in London in UK on October 5. 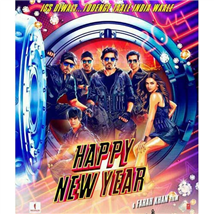