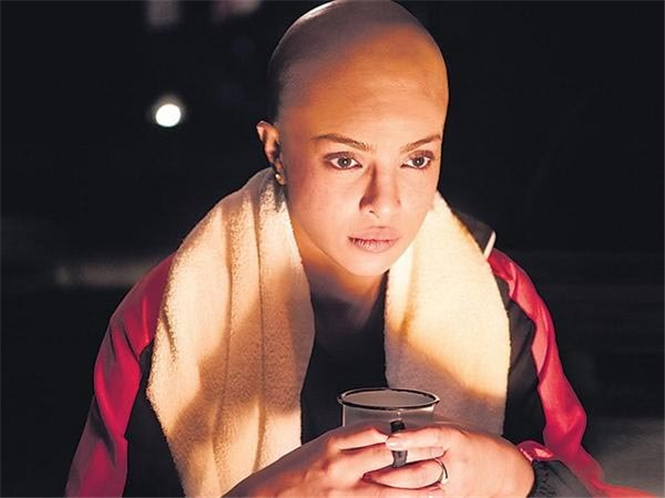 "Mary Kom" directed by Omung Kumar is a biopic based on the life of Olympic medal-winning boxer, Mary Kom. Priyanka Chopra plays the titular role as Mary Kom. The trailer of the film was out recently. In one of the scene in the trailer, she flaunts a bald look.

Priyanka had to go bald for an important sequence in the film. The actress who had no qualms of sporting a bald look says it was her 'responsibility' to do justice to her character. "Mary has done it (gone bald) in her life. This is an authentic scene in the film and I was very excited about it," Priyanka said during the trailer launch of the film.

The response to the trailer has been overwhelming. Priyanka Chopra has described Mary Kom as the toughest role in her career. She even visited Mary Kom's native land in Manipur to learn more about the champion's life and her accent.

Mary Kom is set to hit the screens on September 5.