Bollywood Badshah Shah Rukh Khan was yesterday honoured with the 'Legion of France' award, one of its highest civilian awards by French Foreign Minister Laurent Fabius.

SRK expressed his happiness on being honoured with the Legion of France award on his Twitter page.

Mommy would have been so proud. & the Indian Film Industry, Thanx for taking a nobody & making his dreams come true. pic.twitter.com/aVHqvdBBJG

It is amazing what you can accomplish if you do not care who gets the credit. Truman. Thx all for making me the face. pic.twitter.com/ufNWMrqx4K

After Amitabh Bacchan, Shah Rukh Khan will be the second Bollywood actor to receive the same honour. The award is conferred for excellent civil or military conduct. 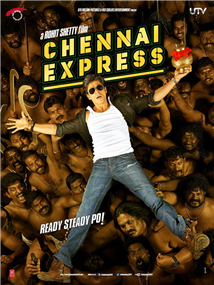