The film is one of the highest grosser this year and stands at the second position next to Salman's Jai Ho, followed by 2 States at the third.

The film is AR Murugadoss's second hit in Hindi following Ghajini. Ghajini was the first to record 100 crore business in India and had recorded a total collection of 200 crores. Holiday which deals with terrorism and sleeper cells was successful mainly due to its amazing action sequences and a well written plot.

The movie has been presented by Reliance Entertainment and produced by Vipul Shah. 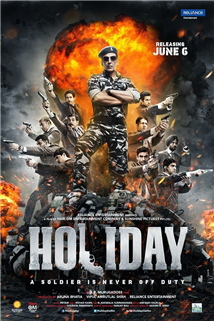