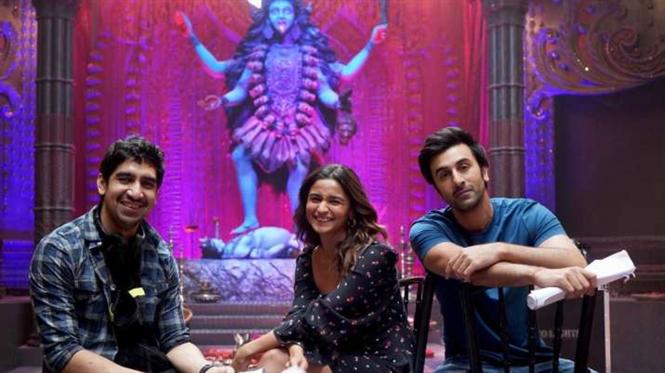 Brahmastra which is a VFX heavy part 1 of a Hindi language trilogy, released in theaters on September 9, 2022 as Brahmastra: Part One - Shiva. Recently film's director Ayan Mukerji along with lead actors Ranbir Kapoor and Alia Bhatt met the press for a post-release interaction. To the unversed, Brahmastra opened to largely mixed reviews and one of the main points of ridicule in the film was the repetitive nature of Alia Bhatt's dialogues.

Alia & Ranbir have seen all the memes, read all the jokes regarding #Brahmastra 😂❤️ pic.twitter.com/VOCiwvbeWp

Alia was questioned if she was aware of the memes that were floating around and she and director Ayan had a rather sportive response to it. Ayan Mukerji was also a primary target in these online jokes, because of the viewer dissatisfaction with Brahmastra's screenplay and dialogues.

"You know my entire existence is a meme [referring to how she is often the target of widespread mockery online]. But i get very happy with these memes because pop-culture is my flavour. So I read and happily laugh at a lot of these memes. And the only way to react to memes is 'you have made some kind of impact' (to feature in them). And what is our job? To entertain..And if people are getting entertained through our memes, then why not?" - Alia Bhatt

"Alia and Ranbir have read about all the Brahmastra memes. I keep joking with them that they are my encyclopedias because after the movie's release I was still a little bit busy. But Ranbir and Alia were sitting and reading everything. Like how she said that my assistant will make a list of all the feedback, basically I will go sit with them and here all the feedback of this film." - Ayan Mukerji

My portfolio does scream shivaaaaaaa when I lose money.

— Half Engineer Half Explorer (@roverrinks) September 9, 2022

The dialogs of the kids are good coz a 5 year old wrote the script.

There is no meme worthy moment in #Brahmastra because the entire movie is a meme. #SorryNotSorry

Alia Bhatt trying to get into every scene in Bramhastra movie. pic.twitter.com/8qJXSP3MA6

The making of #Brahmastra pic.twitter.com/zXahJkAAjd

Brahmastra audience when they spot SRK on screen pic.twitter.com/CYuh58owGw

The movie's immediate sequel is known to be planned with Ranveer Singh and Deepika Padukone playing former members of Brahmansh - the secret society that protects the world by wielding superpowers and around which part 1 centered.