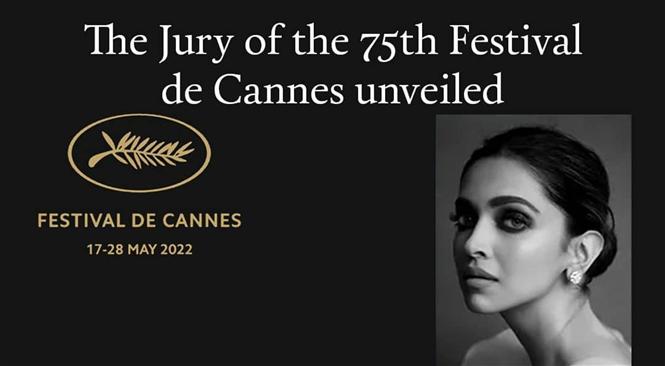 The jury for the 75th edition of the prestigious Cannes Film Festival has been unveiled and actress Deepika Padukone is revealed to be part of the 9-member panel. Deepika joins a select group of Indian actors (Aishwarya Rai Bachchan, Sharmila Tagore, Nandita Das and Vidya Balan) to have served on the jury and she will be part of the deciding team for the highly coveted Palme d'Or** honours at the closing of the film festival.

Iron Man 3 actresses Rebecca Hall, Sherlock Holmes: Book Of Shadows actress Noomi Rapace, Asghar Farhadi, Jasmine Trinca, Jeff Nichols, Ladj Ly and Joachim Trier are the other members of this jury panel. Cannes Film Festival, 2022 will take place between on May 17 and May 28 and this year 21 films are in competition.

French actor Vincent Lindon is the Jury President of the 75th Festival de Cannes! Along with his eight jury members, he will reward one of the 21 films in Competition with the Palme d'or, on Saturday May 28, during the Closing Ceremony. #Cannes2022
► https://t.co/8CTJtGOIQ6 pic.twitter.com/U6bdPGq1Xy

** - The Palme d'Or is the highest competitive award at the Cannes Film Festival. It is  widely considered to be one of the most prestigious awards in the film industry.