Bollywood actor Ranbir Kapoor and Alia Bhatt are all set to tie the knot tomorrow i.e. April 14, 2022 and the wedding celebrations have already begun in their home residence of Mumbai. At this time, Ayan Mukherjee, director of the duo's upcoming film Brahmastra Part One: Shiva has wished the couple by releasing a video teaser of song Kesariya from the movie.

Ayan's caption on Instagram is also getting a lot of attention from fans, considering he shares a close friendship with both Ranbir and Alia.

"For Ranbir and For Alia!And… For this Sacred Journey they are going to embark on soon !Ranbir and Alia… my closest and dearest people in this world… my happy place, and my safe place… who have added everything to my life… and given themselves completely and selflessly to our movie…!We just had to share a piece of their union, from our movie, from our song Kesariya, to Celebrate them… as a Gift to them, and to Everyone!!Wishing that the best of Energies and all the Blessings, all the Joy and all the Purity, surround them as they enter an amazing new chapter of life, together forever#loveisthelight"

Brahmastra Part One: Shiva is the first part of a fantasy superhero film trilogy produced by Karan Johar's Dharma Productions. The movie follows a secret society named Brahmansh, that has been guarding ancient India weapons and how one of them - Brahmastra, wakes up to destroy the universe. To prevent it, Shiva (Ranbir Kapoor) must use the power of fire he is bestowed with. 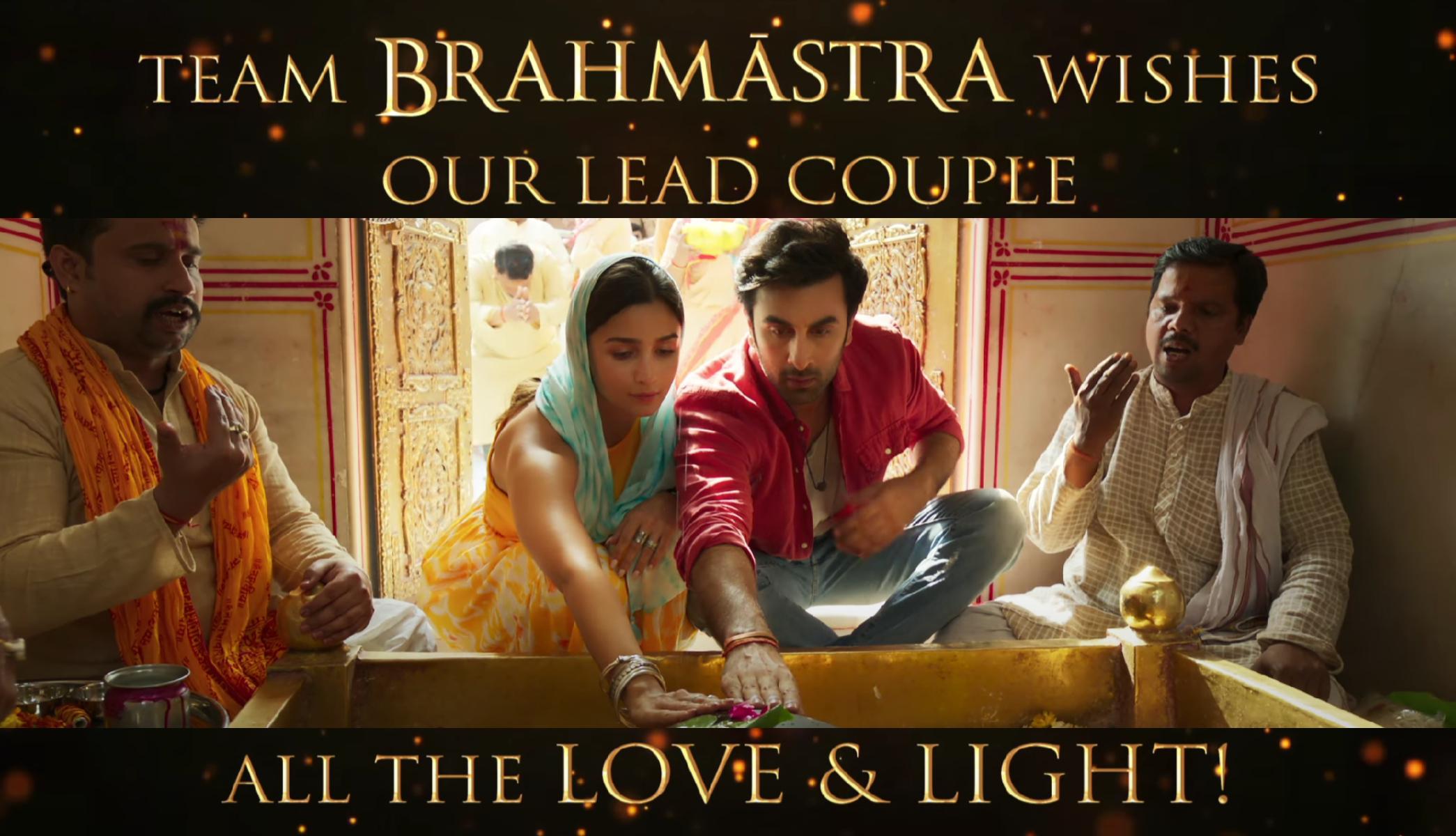 Brahmastra also stars Amitabh Bachchan (Brahma), Nagarujuna Akkineni (Vishnu), Alia Bhatt (Isha), Mouni Roy (Damayanti) among others. The U/A certified movie is scheduled to release on September 9, 2022 where as its consecutive sequels are scheduled to come out in 2024 and 2026.