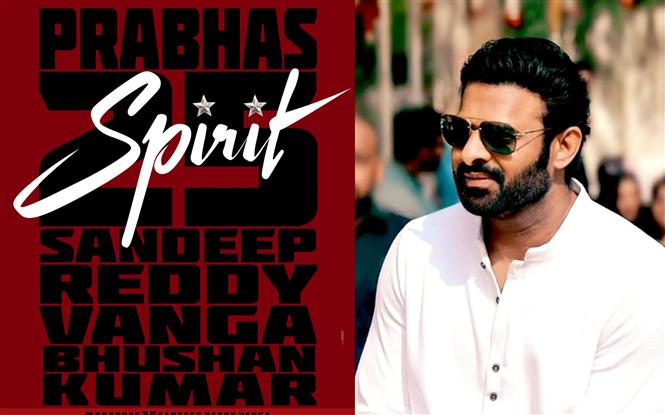 As reported by MovieCrow previously, actor Prabhas and Arjun Reddy director Sandeep Reddy Vanga are collaborating for the first time for Prabhas' 25th movie. The movie's title has been officially revealed to be Spirit and UV Creations in association with T-Series' Bhushan Kumar and Bhadrakali Pictures are producing it. 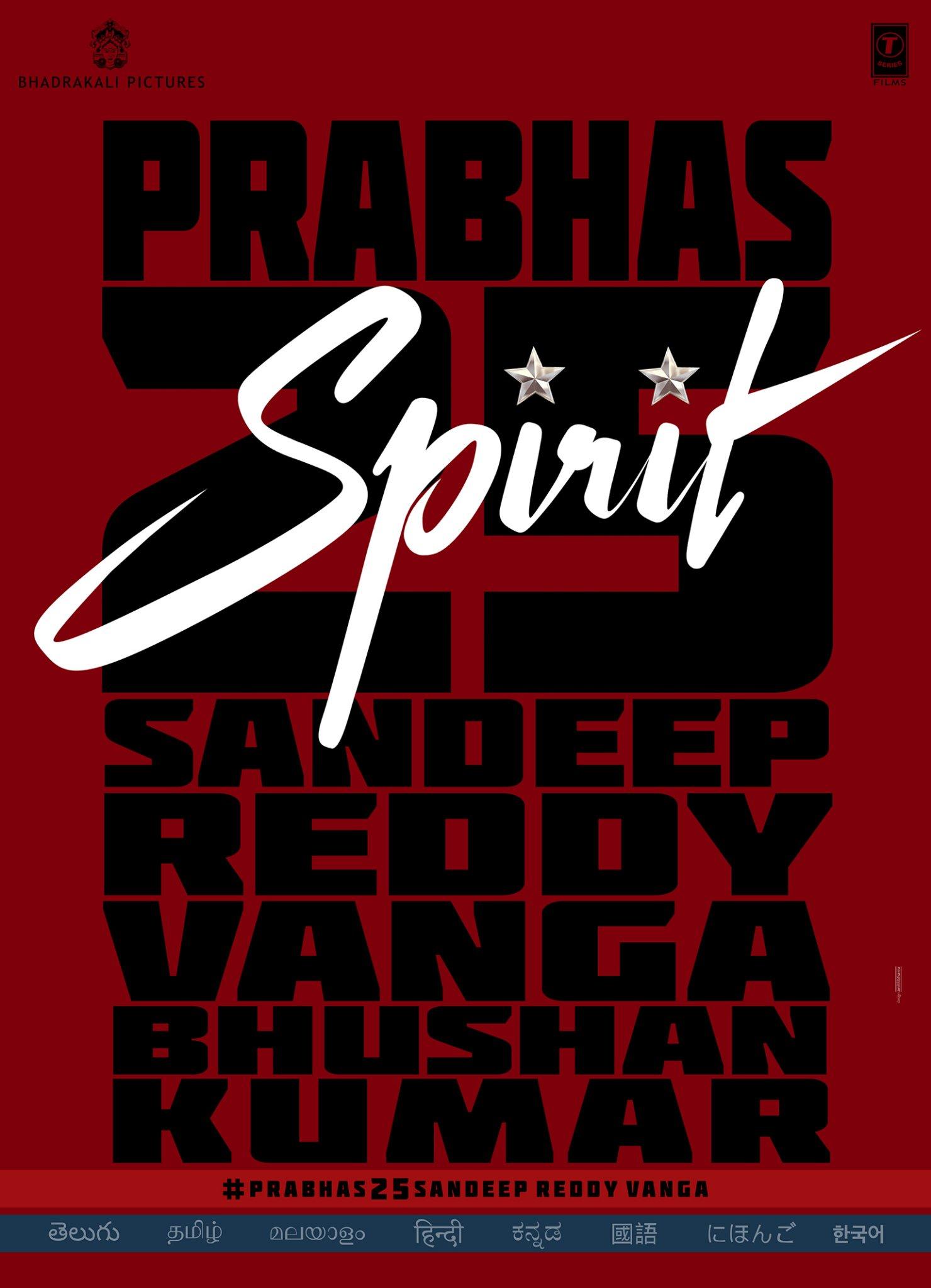 Spirit is scheduled to be released in Telugu, Tamil, Malayalam, Hindi, Kannada, Manadarin Chinese, Japanese, Korean and an official announcement on the rest of the cast and crew are expected to follow.