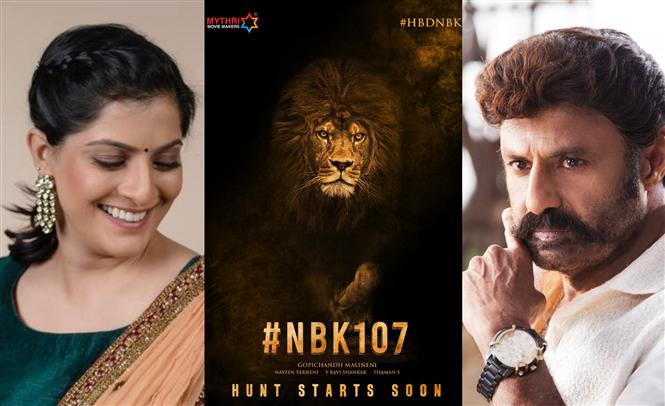 Actress Varalaxmi Sarathkumar is reuniting with her Krack director Gopichand Malineni. She will be playing female lead in Malineni's upcoming project with Mythri Movie Makers which stars Balakrishna aka Balayya in the lead.

Tentatively referred to as NBK 107, the movie is touted to be a commercial entertainer based on true events and will see Varalaxmi in a powerful role. Thaman is scoring music for this film. An official announcement on the rest of the cast and crew is awaited.