Kala Review - This retaliation of the oppressed is bloody violent and bloody good! 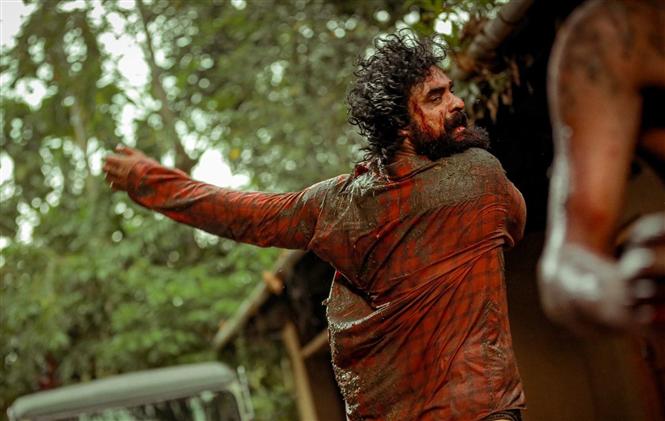 Kala - This retaliation of the oppressed is bloody violent and bloody good!

Kala starts with a quote by Oscar Wilde, "Selfishness is not living as one wishes to live, it is asking others to live as one wishes to live." At first, we are introduced to Shaji (Tovino Thomas) and his family. Along with his father (Lal), his wife Vidhya (Dhivya Pillai), his son and a dog, Shaji lives in a house that is literally surrounded by forests. Very soon, we get to know that there is a strain in the relationship between the father and the son. It is Lal who makes the decisions of the house. It is a typical patriarchal household where the girl needs to wait for approval from her husband and father-in-law for a two day visit her parents' home. So, was the the quote by Oscar Wilde used as a reference to establish the selfish nature of the men in Kala? Well, it isn't entirely false but Kala delves deeper. It is about the selfishness that is part of any kind of oppression.

Upto an hour into the film, Kala gives the vibes of Varathan. The setting seems to be similar. Few workers are called upon to do some work and we sense that danger is about to knock the doors of Shaji and his family. Well, that is how director Rohith V.S. positions the film at this point. We are made to believe that these workers could be hunters who are going to prey on this family.There is an uneasiness looming large. Well, nothing about the activity of the workers suggest this. But that is how the film's gaze is built. There is even a love-making scene between Shaji and Vidhya with intercuts showing the visuals of these workers. We fear for Vidhya as we suspect that there could be a sexual assault. Shaji's kid imagines one of the workers to be a ghost as he vividly recollects images of that person having played the devil in some procession or street play. But the real ghost has always been within the house!

The politics of Kala gets revealed only around midpoint (Remember 'Karuppi' from Pariyerum Perumal? The dog metaphor here works in a much more veiled manner). Kala is indeed a home invasion thriller of sorts. But who has invaded whose home is the question? The physical violence in Kala has the risk of coming across as glorification but I believe that it works as a metaphor for all kinds of violence that is unleashed on the oppressed in the society. The climax sort of makes this very clear. It isn't 'an eye for an eye' or in the film's context, 'a dog for a dog'. The John Wick like one liner about avenging a dog's death isn't what this film is about. Kala is about an oppressed deciding to unleash violence on his oppressor to make him realize how it feels to be in a position of helplessness!

Kala is a visually compelling film. Right from the first frame, it has you glued to the screens with the cinematography (along with the editing) almost creating poetry on screen. During a violent duel, we are shown two butterflies in the foreground that move about as though they are making love. The violence in Kala comes across like a mating dance and amidst all the blood, the two in action seem to be enjoying the rush that they get. Remove the subtexts and Kala is an adrenaline rush but with the subtexts this becomes such an important film. The most fascinating aspect of Kala is how the entire narration is through the gaze of the oppressor but while doing so, it strips (almost literally on screen) away the pride of the oppressor.

At some point, I also saw the film as a take on the oft discussed topic of meritocracy. Here, physical power works as the metaphor for merit. For most of the first half of Kala, Shaji's physique is revealed in all its glory and the person taking him on (Moor) is puny in comparison. But once inside the jungle, it is Moor who keeps coming up on top each time. I kept thinking how the film possibly tries to establish, that when a level playing field is set up, the oppressed (Moor) can match the oppressor (Shaji) in every way. The comparisons between the oppressor and oppressed keeps happening right through Kala. Shaji keeps his dog in a cage and one of the workers wonders why and asks him to let it free. He says that the dog in his neighbourhood is never tied and it returns back home wherever it roams. You realize much later that Shaji might have never really loved his dog and it merely gave him a sense of possession and security. More importantly, just like what he does to the dog, he is ignorant of the violence he is unleashing on others.

Tovino has co-produced the film and it is only half-way into the film that you realise that he isn't the hero. The end credits too has Moor getting the top billing. Malayalam cinema continues to surprise us. This is such a physically gruelling film and both Tovino and Moor are brilliant. Moor hardly has dialogues but you remember the maniacal smile that he gives whenever he feels a high during his duel with Tovino and the contrasting peaceful smile that he gives at the end when he walks away after proving his point.

As mindless as the violence seems, Kala is that rare film where the violence actually means something. This is a compelling film that works even without reading the subtext. But with the subtext, this becomes such an important film! 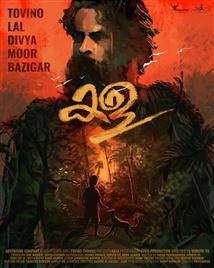