Drishyam 2 Review - A terrific sequel that is right on the money! 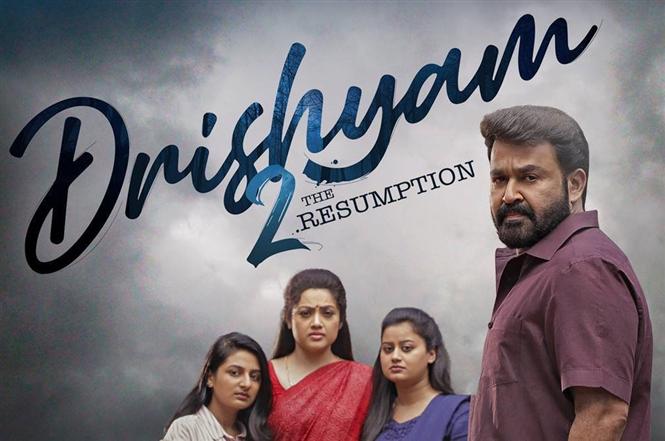 Drishyam 2 - A terrific sequel that is right on the money!

There are sequels that try to cash in on the popularity of the first film and then there are sequels where the makers genuinely want to take the story forward. Drishyam was a well rounded film that had a proper ending. So the announcement of a sequel might have made many to be sceptical about the outcome. Jeethu Joseph takes us back to George Kutty's household, six years after the incidents of the first film unfolded. The family seems reasonably at ease apart from the occasional but obvious disturbing memories from the unfortunate incident. But the past is trying to catch up and the police is in no mood to let go of this case.

As with the first part, Jeethu Joseph takes sufficient time to get us invested (once again) with George Kutty and his family. And just like the first film, all this initial time enhances the payoff that we get in the last stretch of Drishyam 2. All the new characters that are introduced in the sequel fit in the final scheme of things and none of them is used as flab or as a ploy to misdirect us.

George Kutty's fascination for movies and his knowledge from the films he had watched helped him cover up the crime in Drishyam. This movie inclination of George Kutty is what comes in handy here as well but there is a nice little tweak about the whole thing. He is no more just an audience but a creator himself.

Mohanlal owns the cool and calculative George Kutty and gets us to root for him all over again. The transformation from being confident to feigning nervousness and then getting back to his zone after a job well done - Mohanlal delivers a masterclass in being subtle and delivering the goods. Meena and Murali Gopy are very good as well. Asha Sarath and Siddique are effectively utilised in the final hour of the film. It is a superb idea to have someone else investigate the case and then have the grieving parents back in action only during the final stretch.

As a sequel to a very successful film, Drishyam 2 is the closest that you can possibly get to in recreating the magic. A little far fetched is what you might feel about few twists but they work. Jeethu Joseph also knows this and that is why there is the emphasis on 'luck' during the climax.

Drishyam 2 is a rewarding thriller and a superbly written sequel that packs a punch.