C U Soon Review - Competent players adapting well to a new format born out of necessity! 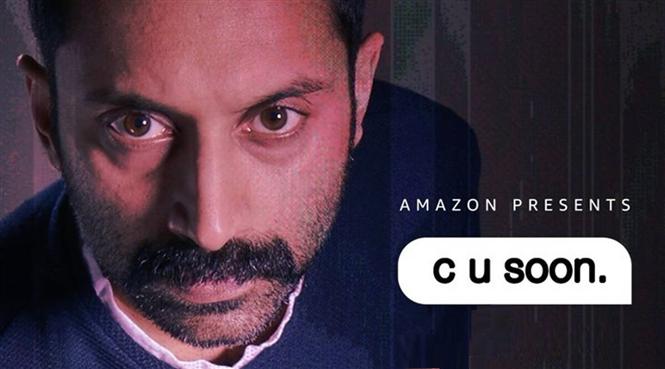 C U Soon - Competent players adapting well to a new format born out of necessity!

C U Soon opens with a mobile screen, something that we are glued to in this day and age. The pandemic has probably made this scenario all the more prevalent. Before I forget, there is this note before the film starts that says that the film was shot entirely during this lockdown and this helped a lot of workers associated with the film industry to get some much needed work. You normally judge a film for what it offers you and the circumstances under which it was made should ideally not matter to the audience. But these are not ideal times! Okay, back to the film. Jimmy ( Roshan Mathews ) is scrolling through photos in a dating app on his mobile screen and he finds a match in Anu ( Dharshana Rajendran ). Few text conversations and very soon they are talking to each other over video calls and before we even realize he proposes marriage to her! Isn't this a spoiler? It probably is but this information is already available in the film's trailer. Well, this raises another question that is quite bothering. Are trailers revealing too much these days? Yes they are but in this case it probably is a conscious decision to ensure that the audience clearly get to know what they are in for. But again C U Soon is predominantly a thriller and quite a few major reveals finding their way into the trailer does rob us of some tension that we ought to have experienced.

The film as expected is predominantly shot within four walls and to be more precise, mobile and laptop screens are what you keep seeing. But the makers do have a story to tell and they do it quite efficiently as well. Jimmy gets into trouble and Anu doesn't seem to be the person that she projected herself to be. Jimmy's cousin Kevin (Fahadh Faasil), a cyber security expert, digs deeper into the online space to get to the bottom of things. The biggest challenge for a film of this kind is to create characters that we care for. The resources to do so are limited and you really can't spend too much time as well because boredom is bound to creep in quickly with this set up. Mahesh Narayanan rushes through the proceedings and keeps us on our toe as well. I say this because we merely aren't listening to dialogues but keep focussing on the screen as a substantial amount of conversations happen through text exchanges. And these conversations are kept simple, real and most importantly are never cheesy which they so easily could have been. While we assume that the film could be about the dangers of mistaken identity, lack of privacy and other dangers of the online space, it actually ends up being about something else and the film's biggest success is how it successfully brings to the forefront, a certain emotional aspect and ends up being a love story that we thought never existed all this while.

The performances play a major part in ensuring C U Soon remains interesting. As told earlier, it is tough to care for characters in this set up but well known faces and credible performances keep us interested. The relationship between Kevin and his boss might not matter to the plot but it does add a dimension to a character who is sitting in front of a system all the time. Similarly, for most part of the film we are probably assuming that since Jimmy has had his fair share of relationships, he isn't really serious about love. But the climax sort of gives an idea about the kind of emotional person that he probably is.

The biggest strength of C U Soon is that it possibly is an accessible film even for those who might not be really familiar with online messaging. It doesn't dumb down these aspects but small and important things like having a clearly visible font size for the texts, optimal pacing of the conversation flow and neat subtitles go a long way in ensuring this accessibility. C U Soon is more likely an experiment born out of compulsion than by choice but it is a laudable experiment and one that gets most things right! 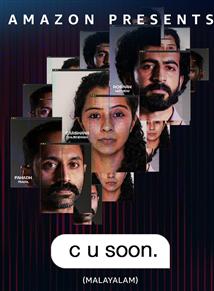