Class of 83 Review - Engaging and entertaining! 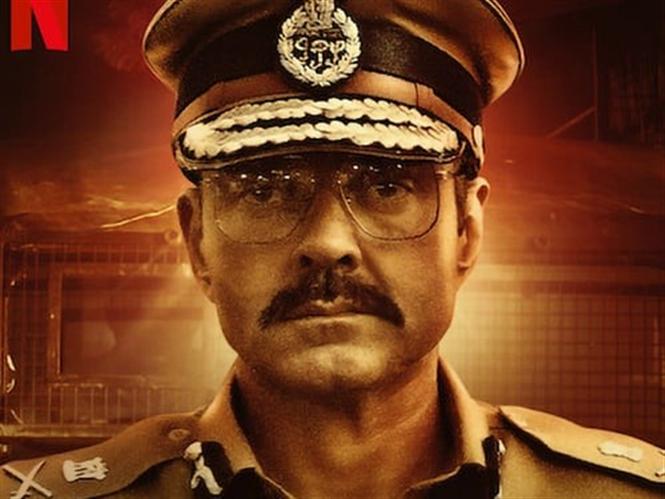 Class of 83 - Engaging and entertaining despite the lack of emotional connect!

Set in the early 80s, 'Class of 83' is basically a good vs evil battle. A senior police officer who is unable to fight the powerful politician - gangster nexus inspires a handful of rookie cops to get his job done by having them play against the rules. The film begins with these cops undergoing their training at the police academy where the Dean (Vijay Singh) is conspicuous by his absence. There is so much talk about him but these young cops hardly get to see him that they even begin to wonder if he is just an imaginary character that was created to keep them in check!

The film does a lot of things right. While the protagonists resort to extra judicial killings to get rid of gangsters, the film also shows the repercussions of such power in the hands of cops. The police in the film who carry out these encounters aren't shown as morally upright men who can never be corrupted. In fact, right through the film these young men always have their own agenda, personal interests and ego which drives them to do whatever they end up doing.But when the film tries to sum everything as a whole by saying that to maintain order we sometimes have to break the law, it does enter a dicey zone. More so here because the characters from the film itself raise enough caution as to why this could be dangerous!

Visually the film is top notch and the technical team has done a superb job. At its core, the film is basically a revenge drama that we are used to in the masala universe but the narrative style, the dark tone and the underplaying of emotions ensure that we always seem to be watching a gritty thriller about how the system operates. While underplaying or to be more precise, by devoting very less time to the emotional angle, the conflict between Vijay Singh (Bobby Deol) and Kalsekar(the gangster) is hardly explored. Is revenge the motive or is this how Vijay Singh would have hunted every other gangster and we are just witnessing one episode from a police officer's life? Again, the revenge angle in itself isn't a very convincing one simply because from whatever we are shown in the film, Vijay's loss or guilt has to do something with his own decision rather than what Kalsekar did to him. In fact, we don't really know if the latter even harmed Vijay personally at any point in his life.

Bobbly Deol might take the top billing but the film for the most part is about the five rookie cops and the actors playing them are very good. While in general they might be impulsive, each of them is given a character trait and the conflicts arising out of their different ideologies can probably make for a more absorbing film. Bobby Deol is convincing whenever he speaks to these cops in a tone that would imply that he has seen it all and is the boss of his business. But the brooding look he wears throughout raises mixed emotions and one reason is probably because we never really the feel the gravity of his loss. The dialogues work at times and are silly at times. I had a hearty laugh in a scene where a cop is being told about the importance of keeping his uniform blemish free, even has he is using a file to hide stains from his unfinished self-pleasuring session. But then there is also a scene where two characters are defining about their attitudes being positive and negative in relation to their blood groups. Maybe it is a 80s joke!

Class of 83 is entertaining despite the lack of emotional connect. Maybe that is what it aspired to be but it keeps making half hearted attempts to bring in an emotional arc. It probably might have worked better without the personal angle or maybe even by exploring the emotional angle and conflicts in more detail. But given the length of the film which is just 98 minutes, I guess this is the film they intended to make and it definitely is crisp and entertaining! 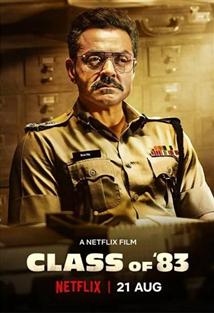