Bhanumathi and Ramakrishna - A simple, breezy and uncomplicated take on love! 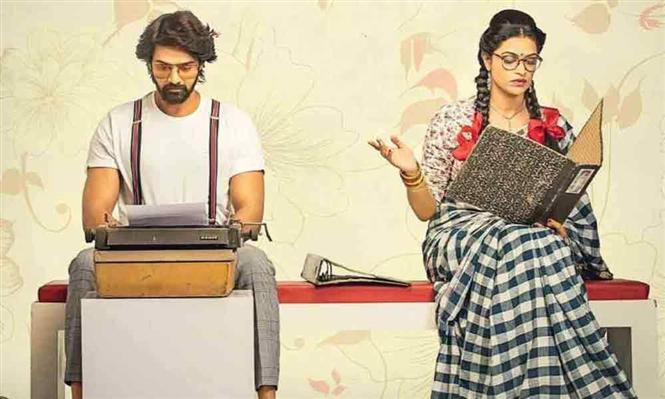 If the protagonist of last week's Telugu OTT release 'Krishna and his Leela' had a problem of plenty and was always seeking love, this week we have a protagonist who is sort of a loner and finds love when she is least expecting it. Both the films begin with a break up. The central character Bhanumathi (Salony Ruthra) is just out of a long term relationship and one of the reasons that the guy who calls the relationship off cites is her age. Bhanumathi is 30. The guy does list a lot of other reasons as well but what stings her most is that he leaves her for a younger option. We never really witnessed the relationship and so don't care much at this point. So does Bhanumathi or that is what she says or tries to convey to the people around her.

Bhanumathi isn't a protagonist that you would easily back. She is calculative with people, can be mean and probably a bit arrogant too. We don't know how she approached her previous relationship but from what we get to see of her at this point, she is actually seeking a partner who fill tick the boxes in her checklist. Enters Ramakrishna, a guy at the opposite end of the spectrum.Let alone a relationship, he seems like that guy with whom Bhanumathi wouldn't be even willing to hold a conversation. Though we know where the film is heading to, the film keeps surprising us with sweet little moments throughout. Most importantly, it never judges Bhanumathi and lets her experience true love without making her feel bad about her individuality.

The contrasting characterisation of the lead pair isn't there merely on paper and comes out neatly on screen. It takes sometime to warm up to Bhanumathi and Salony Luthra is quite good in a role that isn't instantly likable. Naveen Chandra as the naive Ramakrishna is extremely impressive. An innocent villager from Tenali experiencing a culture change in Hyderabad can be oversold in terms of performance but Naveen plays his part with a certain subtlety. Take that scene where he sees a couple kissing. His reaction is on point. He feels a bit awkward but he also doesn't behave as though he is shocked by something that he believed never existed. This is how the entire movie is treated. Characters stay true to their selves but never pass judgement on others about what is right or wrong.

The subtlety throughout is refreshing. Amidst an emotional moment inside a car, Bhanumathi catches Ramakrishna lowering his eyes and having a peek at her. She isn't disgusted but maybe feels that it was inappropriate. He too isn't probably guilty but feels awkward to face her for a few days and then finally she does break the ice. Debutant director Srikanth Nagothi delights with such tender moments and the absence of any loudness in the treatment. (To be honest, that moment inside the car can easily be missed and with the luxury of OTT, I went back and had to confirm as to what actually transpired within those few seconds). That is why few other scenes felt out of place and a little cinematic. Ramakrishna using Bhanumathi's laptop and sending a mail from her id in the pretext of helping her felt far fetched given the fact that he just learns about her past. It is not implausible but this entire stretch felt a bit forced and rushed to create an immediate conflict and then find a closure in the ensuing climax of the film.

Bhanumathi and Ramakrishna doesn't try too hard and that is its strength. What we get is a simple, sweet and uncomplicated take on love! 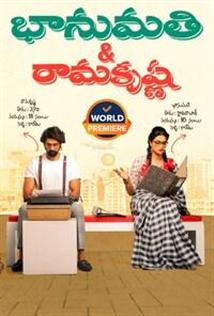