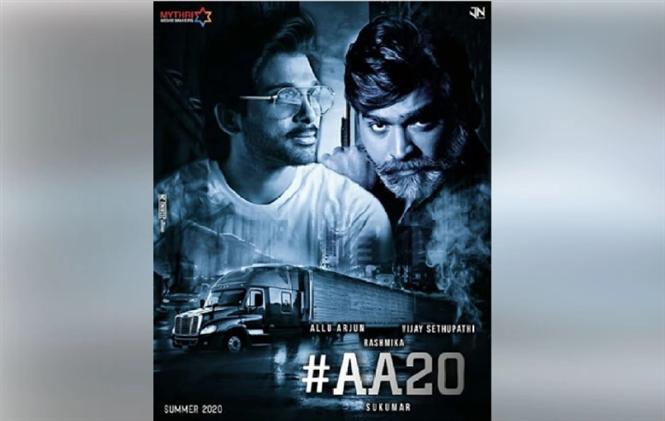 Actor Allu Arjun celebrates his 38th birthday on April 8, 2020 (tomorrow) and it is widely anticipated that the first look and title of his next movie AA20 will be revealed at 9 AM on the occasion. At this time, reports have started doing the rounds that the movie has been titled Pushpa after Allu Arjun's name in the movie.

It is being said that the lead actor plays a lorry driver named Pushpak Narayan and the shortened form of his name is what forms AA20's title. An official announcement on the same is however awaited.

AA20 also stars Rashmika Mandanna, Vijay Sethupathi among others and is produced by Mythri Movie Makers. This Sukumar directorial is touted to be an action-entertainer set in the backdrop of Seshachalam forest and is said to revolve around a lorry driver who smuggles red sanders.