First Look of Kangana Ranaut as IAF Pilot in Tejas 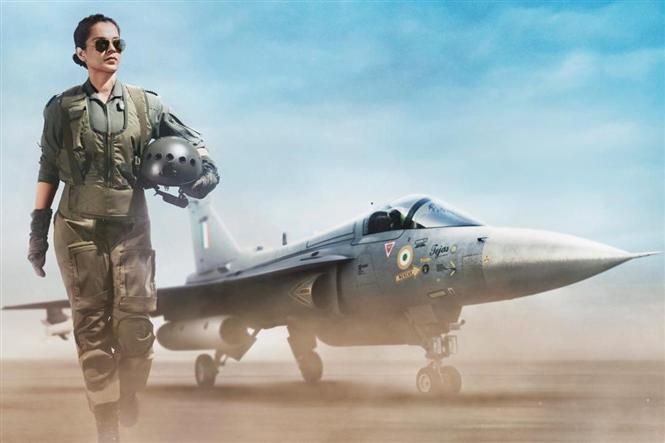 The first look of Kangana Ranaut starrer Tejas has been unveiled by the makers. Kangana plays the role of an Indian Air Force pilot in this miltary-based film directed by Sarvesh Mewara. In the first look poster, Ranaut is seen as a courageous and headstrong pilot as she walks beside a fighter jet.

In an interview to Mumbai Mirror, Kangana said, "Tejas is a film where I have the honour of playing the role of one such Air Force pilot who puts country before self. I hope we instil a sense of patriotism and pride in the youth of today with this movie."

'Tejas' is the story of a daring fighter pilot. After Vicky Kaushal starrer 'Uri: The Surgical Strike', Ronnie Screwvala's RSVP Movies is bankrolling Tejas which marks their second production venture. The film is set to hit the screens in April 2021.