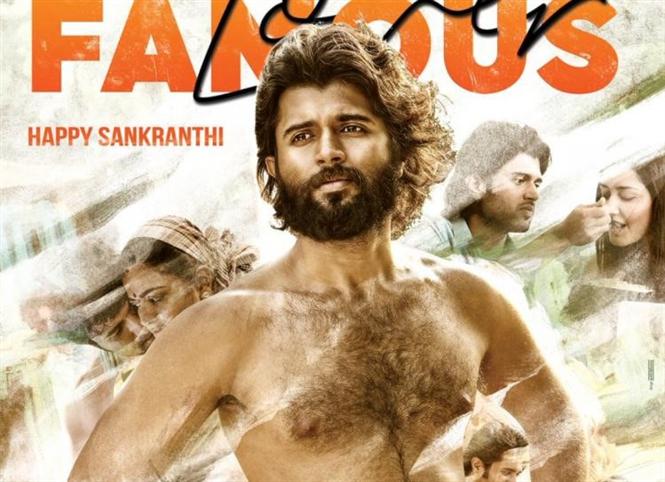 When you step into a film titled 'World Famous Lover', starring Vijay Devarakonda, with posters of him shirtless, in long hair and bleeding face.. you are pretty much aware of what you are getting into. In that sense, Kranthi Madhav's film is a promising tale that doesn't promise anything in the film being non-problematic.

The films starts with a dramatic breakup episode between Gautham, an emotionally unavailable writer and his live-in partner Yamini. And, from there, we see Gautham's perspective of love through the stories he write. Having seen Devarakonda's early films and the base of this central character.. one might expect the chauvinism and toxicity sprawl into the forthcoming episodes as well. And.. that is exactly what happens!

World Famous Lover in a way is a cleverly packed anthology. The different episodes of love stories are packed as different stories that the protagonist Gautham attempts to write. There is one in coal mines. There is one in a middle-class house! There is one in Paris. The prime narrative that runs through all this is the portion involving how Yamini came into Gautham's life.

My favorite portion is the one set against the backdrops of coal mines in Telengana. It is earthy and real. The conflict comes out of domestic issues. Aishwarya Rajesh is sparkling all over the episode with her performance. And Vijay Devarakonda really brings an interesting side of him in such realistic grounds.

The Paris saga flashes exuberant romance and scenic locations. It doesn't hit on you as the dramatic twist in it plays at high decibels. Half the problem with the film is in its struggle to find its centre. After almost two hours, we are introduced to a much dominant issue that Yamini's father is highly conscious of class and doesn't like Gautham at all. This is been told as the reason for Yamini to move in with Gautham in the first place. The film never dwells on this angle.

So is the parts involving Yamini helping Gautham in his placements and him writing a book on 'Simple Economics'. They never really add anything concrete to the intensity that Yamini or Gautham keeps talking about. Raashi Khanna is surprisingly good in her performance as Yamini. It sketches the emotional state of this victimised / emotional abuse survivor too good that you get attached to the film no matter how much it disconnects you!

But at the end, when you think about how these episodes contributed in building the emotional crux of the main narrative, the answer is vague. We get a verbal explanation from the protagonist himself that he made his male leads in the stories to sacrifice because he can't do it in real life with Yamini. The film gets consistently problematic every now and then as it is in and out built around male gaze. And after everything.. when you see one more time Vijay Devarakonda getting reunited with his love as she learns to cope up with him.. you go meh!

Bottomline: Kranthi Madhav's "World Famous Lover" drops emotional logic and yet struggles to tell tales on emotional state in different tales of love. With some terrific performances from Aishwarya Rajesh, Raashi Khanna and Vijay Devarakonda to look out for, the film comes off middling at the most! 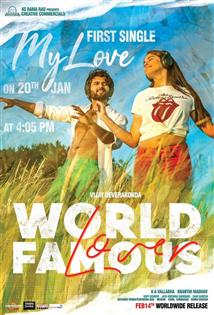