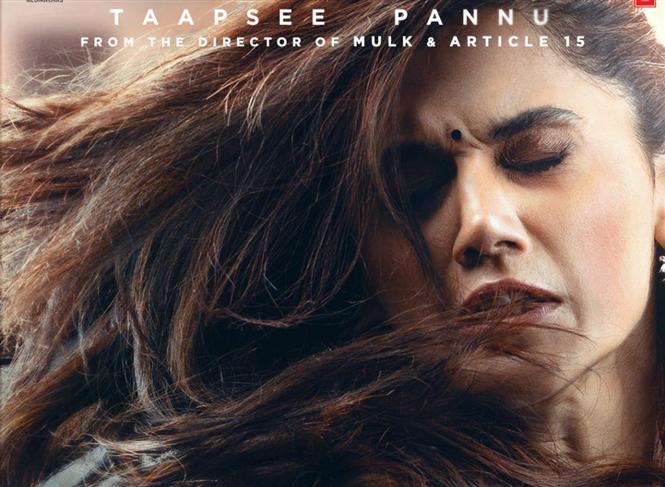 Taapsee Pannu shared the first look of her upcoming film 'Thappad' (Slap in English) on her Twitter page. Directed by Anubhav Sinha of 'Mulk' and 'Article 15' fame. The film marks her second collaboration with the ace filmmaker after the critically acclaimed film Mulk.

The trailer of the film is set to be unveiled tomorrow. Thappad also features Dia Mirza and Pavail Gulati and is scheduled to release on February 28. 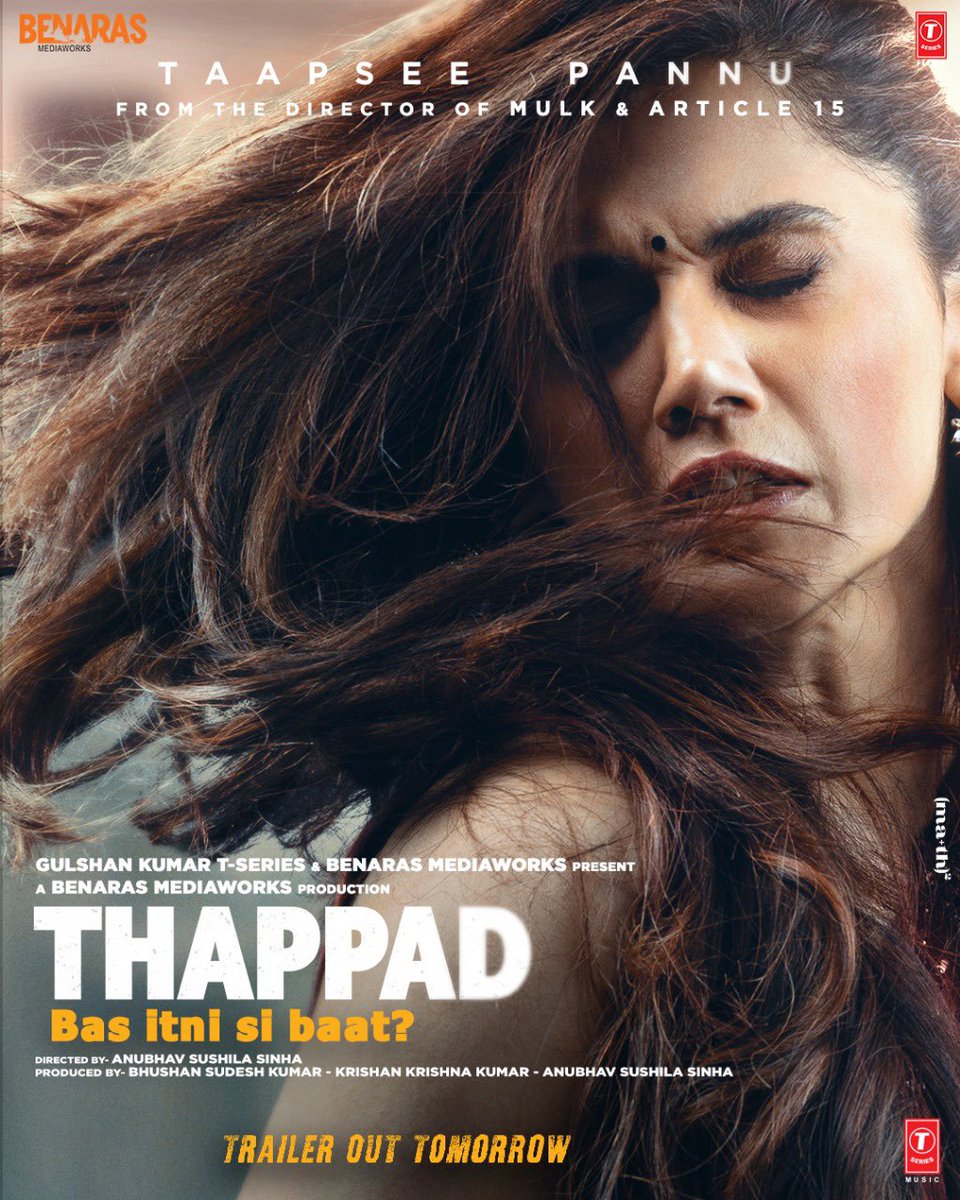