First Look of Nani, Sudeer Babu from 'V' movie is out 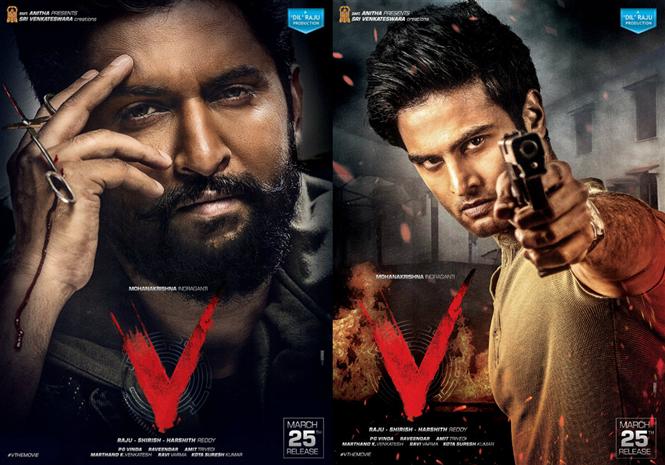 'V' is one of the most-awaited films in Tollywood starring Nani, Sudheer Babu, Nivetha Thomas and Aditi Rao Hydari in the lead roles. Written and directed by Mohanakrishna Indraganti, it marks Nani's 25th film and he will be portraying a negative role for the first time in his career. The first look posters of the lead actors Nani and Sudeer Babu has been released online by the makers.

Sudeer Babu will be the Saviour who is set to protect from the evil hands of 'Devil' portrayed by Nani. Produced by Dil Raju under the banner of Sri Venkateswara Creations, the film has music composed by Amit Trivedi while cinematography is handled by P. G. Vinda. The film is set to hit the screens on March 25, 2020. 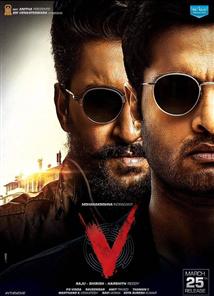