Panga Review - A Delightful Tale of A Comeback 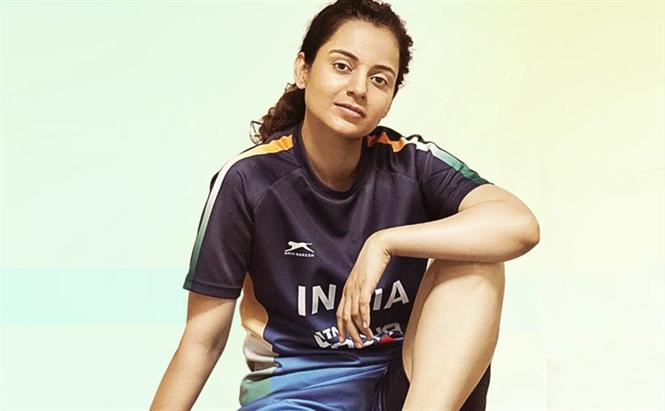 Panga Review - A Delightful Tale of A Comeback

I went to Panga, expecting another raging film about women empowerment with repeating scenes with all possible cliches of sports genre. And I was largely surprised by the subtlety with which Ashwini Iyer Tiwary presents her conflicts. The film belongs to the club of little films about women wanting to make their dreams alive. We have seen English Vinglish, Tumhari Sulu. And Panga brings a whole new flavour with an interesting clash of backdrops - Household, Railways and Kabbadi.

Panga, in its core, is about a woman in her 32 trying to make a comeback in her passion, Kabbadi. She is married. She has a son who needs health care. She chooses her quit long back for the sake of her family. And when she finds her track back, what happens forms the rest of the film. Nothing reeks cliche here.

Even the most formulaic trait like when family finds it problematic, the event is built around how the father messes up son's makeup in an annual day competition. We expect the son to fire back when the mother calls to happily tell him about her selection in the team. Instead, we get the son cheering up for her. This sort of liveliness is the biggest strength of the film.

The biggest beauty of the film is how no men or for the matter of fact, none of the characters in the film are demonized to glorify or extract sympathy towards Jaya Nigam, Kangana's character. The incredibly brilliant non-judgmental writing is a treat to watch. When press asks her about the family pressure being the reason to take a gap, Jaya replies back telling that it is family pressure that brought her back to her dreams.

The sequences flow organically. Initially Jaya agrees to practice just to convince her son. The scenes involving the little son parading the couple to exercise every morning is funny yet it gradually lands the screenplay on a point where Jaya picks it up as her interest. The scene where she tells that when she looks at her husband and her son, she feels happy but when she looks at herself, she feels empty and lost works impactfully. And Kangana is terrific in all these moments!

She brings in the quirkiness and naivety of the small-town woman with so much ease and charm. The family set-up looks warmer and rooted because the casting and portrayal comes across with genuine connect. Neena Gupta is magical. Jassi Gill plays his part beautifully. But the killer kickass performance is from Richa Chadda. Her scenes come up like a live wire on fire.

From Shankar Ehsaan Loy's music to Sanchit & Ankit's score.. from Jay I Patel's cinematography to Ballu Saluja's editing, everything elevates the translation from paper to screen. And when the big win happens, the film leaves you wanting more, in a good sense. And that's when you know the magic of such little films!

Bottomline: Ashwini Iyer Tiwari's 'Panga' is a delightful tale of a woman finding her passion again. Kangana strikes it again and the stunner aspect of the film is it is devoid of the genre cliches and presents a family set-up where the characters are organic and genuinely real. 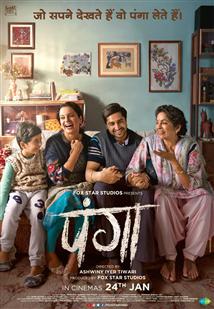