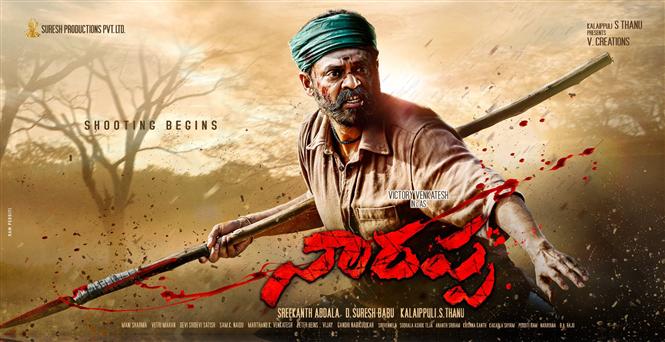 Asuran starring Dhanush, Manju Warrier in the lead roles directed by Vetrimaaran turned out to be a blockbuster hit in Kollywood. The film is being remake in Telugu with Victory Venkatesh playing the lead role. The remake version has been titled 'Naarappa'. Venkatesh shared the title and first look posters of the film on his Twitter page.

Venkatesh will be reprising Dhanush's role in the film directed by Srikanth Addala. S. Thanu returns as the producer of the film along with D. Suresh Babu under their banners V. Creations and Suresh Productions. The film shooting has begun today.

Asuran is based on popular Tamil novel Vekkai which featured Dhanush in dual roles. The film is a rural revenge story of a father, a farmer who avenges the ruthless murder of his son. 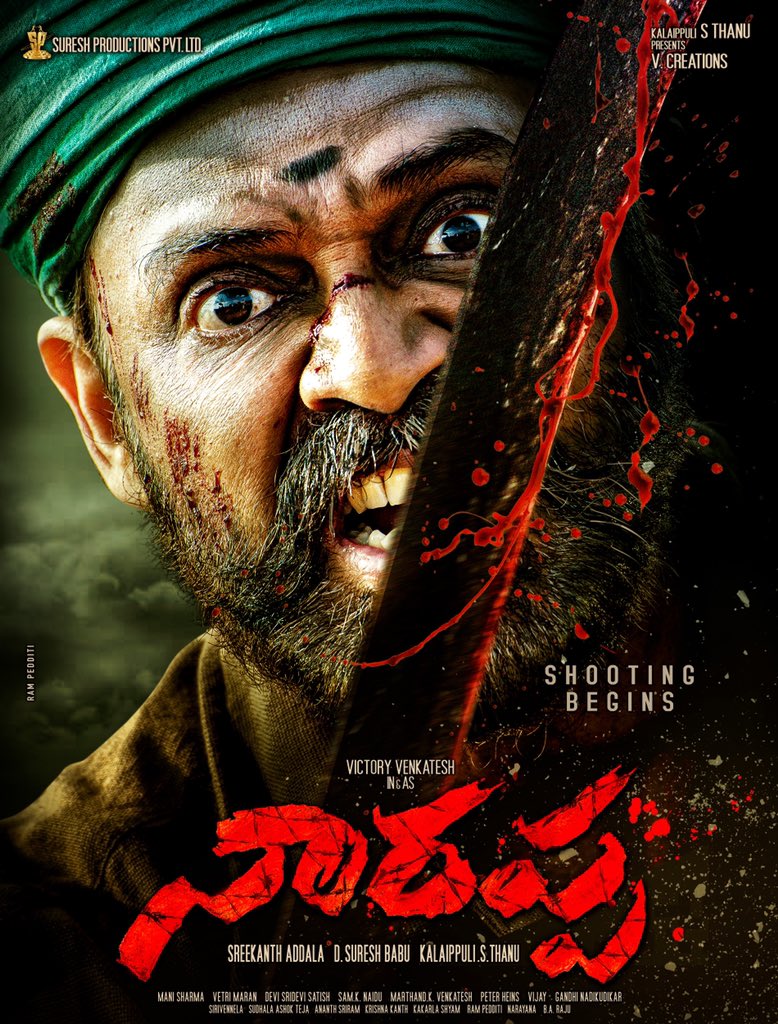 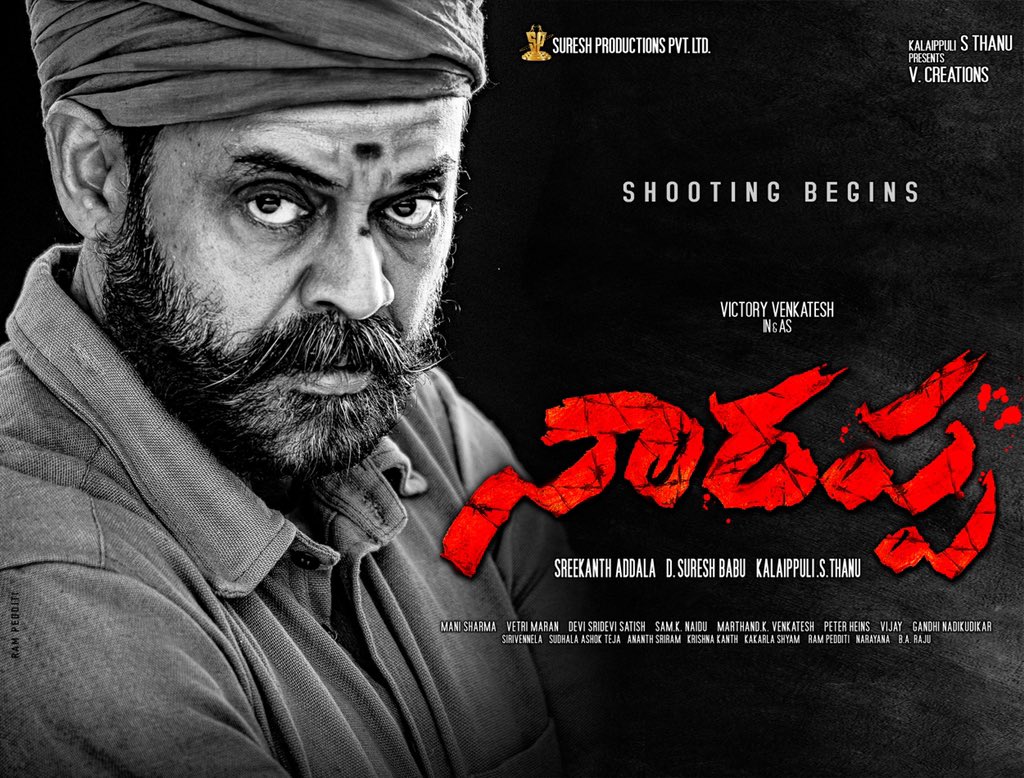 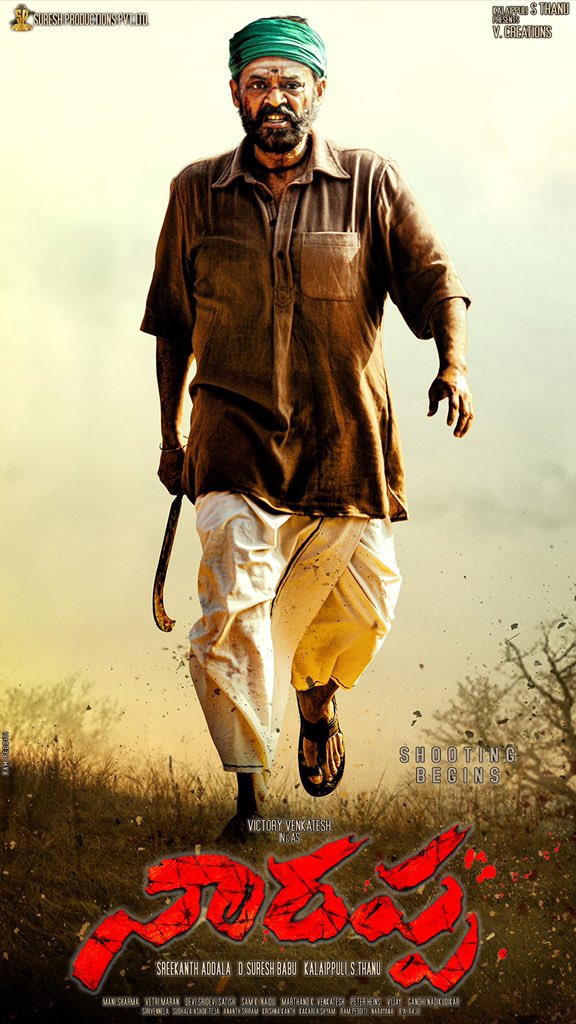