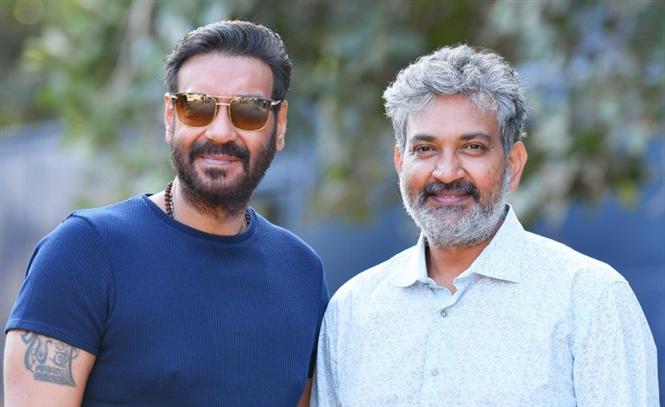 SS Rajamouli's RRR is one of the hugely anticipated films in India following the success of Baahubali series. The period drama starts Ram Charan and Jr. NTR in the lead roles. Bollywood actor Ajay Devgn has been roped in for a prominent role in the film. Ajay who is basking in the success of his latest outing "Tanhaji: The Unsung Warrior" has joined the sets of RRR in Hyderabad to start shooting for his portions. The news was shared by RRR's official Twitter page.

All of us are super charged and ecstatic to kickstart our schedule with @AjayDevgn ji today... Welcome Sir!#AjayDevgn #RRRMovie #RRR pic.twitter.com/9jVnlpdTmY

According to reports, a 25-day intense shooting schedule will take place in Hyderabad. The team has been working on the pre-production and has been building massive sets in the city. Ajay will be shooting with both Ram Charan and Jr NTR in this schedule.

RRR is a fictitious story about two freedom fighters Alluri Seetharama Raju and Komaram Bheem played by Ram Charan and Jr NTR. The big-budget flick also features Alia Bhatt as one of the leading ladies. 'RRR' is produced by D.V.V Danayya on DVV Entertainment banner and is all set to hit the screens later this year in 10 languages.