Jawaani Jaaneman starring Saif Ali Khan, Tabu and Alaya F is directed by Nitin Kakkar. The trailer of the film has been released online by the makers and looks like the film will be a rollicking comedy. Actress Pooja Bedi's daughter Alaya F is making her Bollywood debut with this film and plays Saif Ali Khan's daughter in the film.

Saif Ali Khan plays a Casanova who is a cool and carefree guy. The story takes a turn when Alaya F walks into his life claiming to be his daughter and tries to reunite him with her mother played by Tabu. The quirky and fun-filled trailer is sheer laughter from the word go.

Jawaani Jaaneman is releasing in cinemas on 31st January 2020. 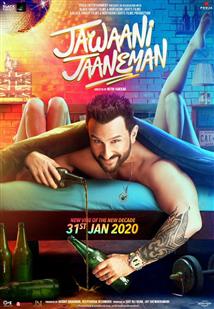