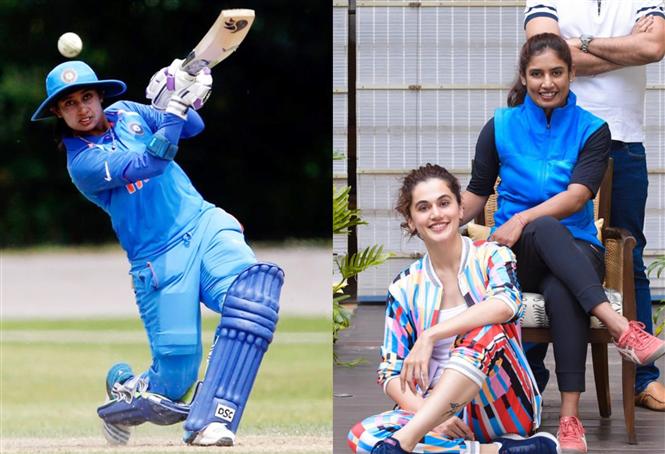 Viacom18 Motion Pictures which has backed sports films like Mary Kom and Bhaag Milkha Bhaag had acquired the rights for cricketer Mithali Raj's biopic in September, 2017. And last year actress Taapsee Pannu who had then starred in a sports-biopic titled Soorma, had expressed interest in playing the lead role.

Happy Birthday Captain @M_Raj03 On this Birthday, I don’t know what gift I can give you but this promise that I shall give it all I have to make sure you will be proud of what you see of yourself on screen with #ShabaashMithu
P.S- I’m all prepared to learn THE ‘cover drive’ pic.twitter.com/a8Ha6BMoFs

She is also the only woman cricketer to surpass the 6,000 run mark in ODIs and the film based on her has been titled Shabaash Mithu.