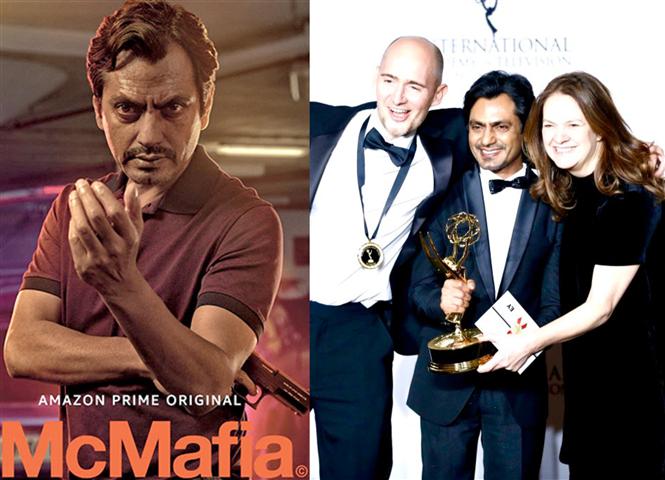 BBC UK's McMafia which stars actor Nawazuddin Siddiqui as an Indian businessman named Dilly Mahmood clinched the 'Best Drama Series' at the 47th International Emmy Award and the Gangs of Wasseypur actor could not hold back his elation on the same.

Taking to his twitter, the actor shared images from the event and how he was able to hold the trophy bestowed about the British crime series created by Hossein Amini and James Walkins. [Can be streamed on Amazon Prime]

Emmys 2019 also has Indian dramas Sacred Games and Lust Stories in the nomination list though unfortunately none of them managed to gain any awards this year.