Following the terrific performances in RX 100 and Nani’s Gang Leader, Karthikeya is all set to enthrall his fans with a full-fledged entertainer titled ‘90ml’. The first vide song from the film ‘Yinipinchukoru’ unveiled recently has turned to be an instant attraction of Netizens.

Written and directed by Shekhar Reddy Yerra, the film is produced by Ashok Reddy Gummakonda. It features musical score by Anup Rubens and lyrics penned by Chandrabose. J. Yuvaraj has handled cinematography and S.R. Sekkhar has worked on editing with GM Sekhar as the art director. Venkat has choreographed action sequences and Prem Rakshith along with Jani for songs. The others in the star-cast comprises of Neha Solanki, Ravikishan, Rao Ramesh, Ali and Posani Krishana Murali among others. 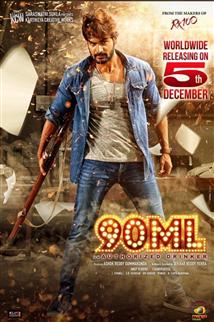