Jallikattu Review - An Enthralling Experiment That's As Wild And Beastly As Its Story Is! 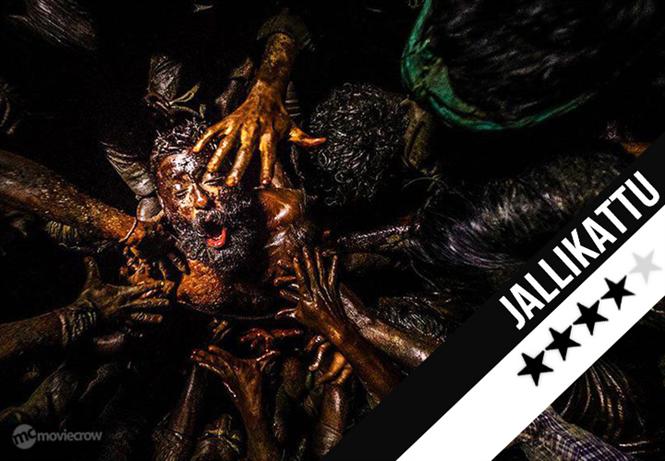 Jallikattu Review -  An Enthralling Experiment That's As Wild And Beastly As Its Story Is!

It is quite tough to write about the experience that Lijo's latest outing, Jallikkattu is. As the trailer gave it away, yes, it is about a mad Buffalo, meant for slaughtering, going rucksack inside a village and people trying to get it caught. And.. man! how he does that! The cinematic experience of Jallikattu is unparalleled. From the almost pitch perfect VFX to an aggressive mix of sound and music, the film is a wild wild run!

Like Speilberg's Jaws.. Lijo thrives on the mystery that this animal is! For almost 90% of the film, we don't really see it. But its presence is everywhere. The heart pounding expectation of it makes it crazier than its very presence at times!

Lijo's characters despite the absurdist of the situations comes out alive and funny. A vegan standing by his rules to not abuse, contradicting himself while seeing his plantations being destructed.. A dying old-man struggling with his last breath.. A yelling, abusive cop husband who is going through a rough patch in his marital life.. An engaged girl planning to elope with her boyfriend.. A priest who insists on a specific kind of meat.. The people, the oneliners keep adding up the flavour of this spicy feast that gets you by collar and chokes you with shock!

There are constant dooping surprises throughout this run. The entire audience went berserk when a Bihari Gulfi guy's bell sound drove the hell out of the village. There is a running joke about a lover struggling to elope with a heavy weight bike. There is a knock of a flag (communist?) falling over the mad buffalo and it running across a bank, shops and what not? Even a passing shot like one where people leaves their meat bag hanging in a tree to enter the church goes big in the heat that the film has!

The set pieces are jaw dropping. If the one involving the well and pulley is a meticulously planned achievement, the finale of man-to-man between Kuttachan and Antony is beastily picturised. Everytime, the flashing lights of torch and fire rise above and run across the hill, it chills you at the helplessness that mankind has to deal with when it comes to the arrogance of nature.

There are abstract intercuts of stories we want to keep in mind. Like, Antony's backstory with Kuttachan. Like, the history of an outsider like Varghese'a father. We hear Varghese's father has lost himself when one such time a buffalo gone broke. Like Ee Ma Yau, here too, there is a fatal connect between the father and son being thrown to the same destiny.

And the film is ruthlessly barbaric! The wildness is not just in the theme but in the very way it has been shot as well. Girish Gangadharan outdoes himself this time than what he did with Angamaly Diaries. The camera runs, flips, flows, falls, drowns along with the mad heck of the crowd. The chilling tribalistic acapella score by Prashant Pillai makes the watch even more grittier. After a point, the movie slowly progresses us into a belief that it is no longer about getting the animal caught and stopping it from devastating the village. A collective ego boost infects everyone in the village like a mass hysteria. The act turns from wild to bizarre.

At times, the film overlooks its very thin premise and remains epic for just the experience it provides. The universality of the man behind a beast and the beast in the man keeps mounting up and up until it all volcanoes up for one ghory blast! The climax (a devoted homage to Stanley Kubrick's 2001 : A Space Odyssey) may seem weird and one may get a feeling that the film has gone a bit too much into itself. But how else would you finish this riot? The metaphor is there! But, what haunts one the most is the bitter truth of what we are turning into!

Bottomline: Lijo Jose Pellissery's "Jallikattu", a commotion of ironies, life, survival and nature.. is an enthralling piece of an experiement to be not missed in big screens! 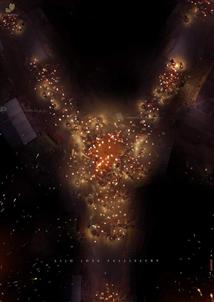