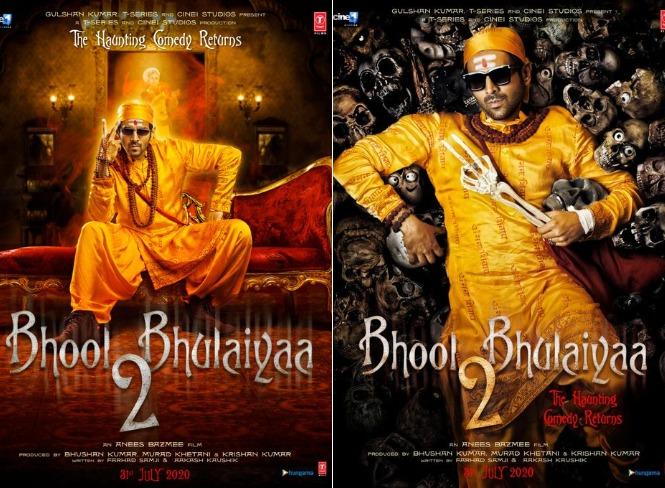 The actor is seen dressed as a local ghostbuster wearing a saffron kurta pyjama with a trishul in his hand. The film is a sequel to Akshay Kumar's horror comedy 'Bhool Bhulaiyaa' that released in 2007. Karthik Aryan has replaced Akshay Kumar as the new ghostbuster. Directed by Anees Bazmee, Bhool Bhulaiyaa 2 is slated to release on July 31, 2020.

Akshay Kumar, Vidya Balan and Shiney Ahuja starrer 'Bhool Bhulaiyaa' directed by Priyadarshan was an official remake of a south hit film, 'Chandramukhi' which starred Rajnikanth in the lead role. Chandramukhi itself was a remake of 1993 Malayalam film, Manichitrathazhu.