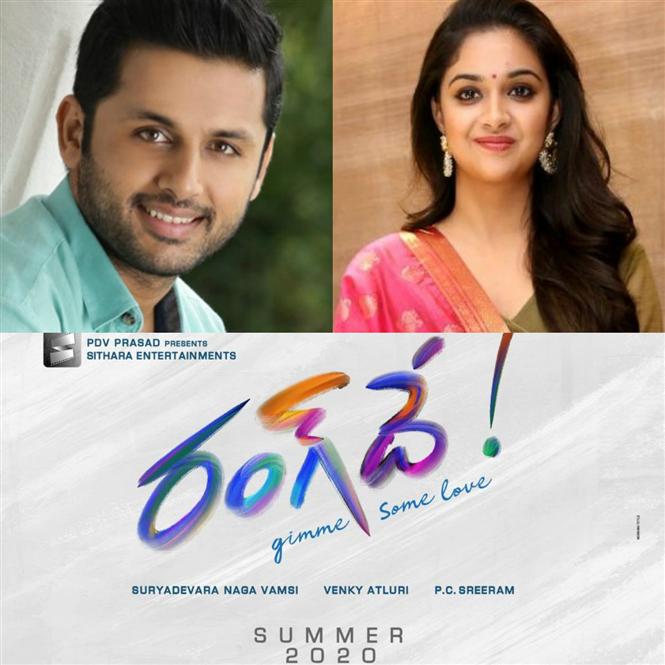 Nithiin took to his Twitter page to officially announce his next project. The film titled Rang De will be directed by Venky Atluri of 'Tholi Prema' fame. Keerthy Suresh who has been roped in the leading lady will be teaming up with Nithin for the first time.

Director Venky Atluri of Tholi Prema fame will be directing the film. PC Sreeram will handle the camera. Rang De which comes with the tagline 'Gimme some love' is set to hit the screens for Summer 2020. The film is produced by Sithara Entertainments.

Actor Nithiin needs a hit as his previous outings in the last couple of years have failed to create a mark at the Box office. His other film Bheeshma was launched recently and the film shooting began last week. Bheeshma directed by Venky Kudumula has Rashmika Mandanna playing the female lead.