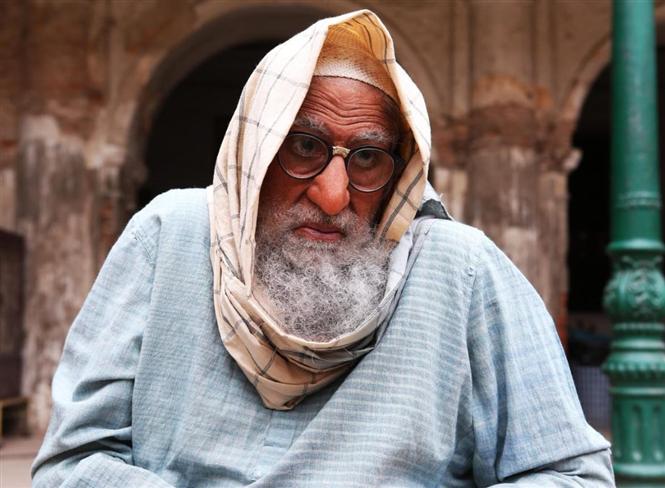 Amitabh Bachchan after wrapping the first schedule of Chehre has started shooting for his next film 'Gulabo Sitabo' directed by Shoojit Sircar in Lucknow. The actor shared the news on his Twitter page and has also hinted he will be sporting a different look for the film. The makers have unveiled Amitabh Bachchan's look from the film and the 76-year-old actor looks almost unrecognisable sporting a completely new look.

Ayushmann Khurrana and Amitabh Bachchan plays the lead roles in this quirky comedy film. The film marks the first collaboration between Bachchan and Ayushmann Khurrana, The film portrays the quarrels between the domineering landowner and submissive renter, played by Bachchan and Khurrana respectively. Gulabo Sitabo is written by Sircar's frequent collaborator Juhi Chaturvedi of Vicky Donor, Piku and October fame.

Gulabo Sitabo went on floors on Wednesday in Lucknow and the shooting is expected to be wrapped by August. It will hit the screens on April 24, 2020. The film is produced by Ronnie Lahiri and Sheel Kumar.