The title song 'Ismart' from iSmart Shankar has been released on the social media by the makers. The foot-tapping number sung by Anurag Kulkarni has lyrics penned by Bhaskar Batla and music composed by Mani Sharma. 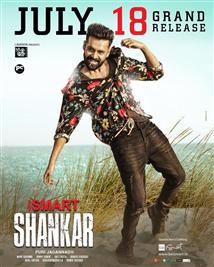