Maharshi Review - Mahesh Babu Walks a lot and Talks a lot in this Cliched Socio-Rebel Drama! 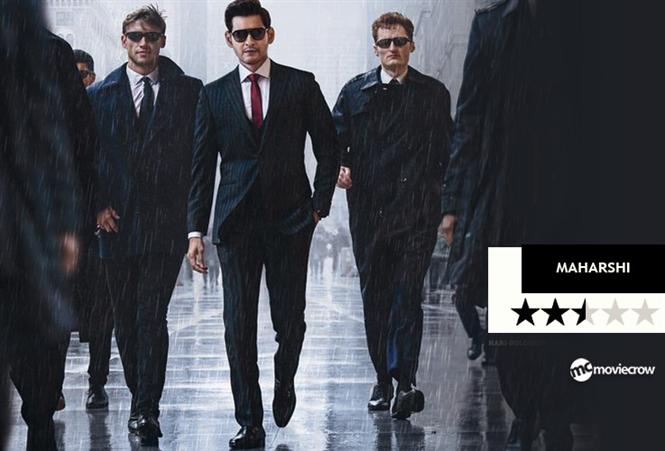 Maharshi Review - Mahesh Babu Walks a lot and Talks a lot in this Cliched Socio-Rebel Drama!

Mahesh Babu's latest film Maharishi probably has some 100+ hi-speed shots of him getting out of a car or getting inside a private jet! Plus.. multiple shots of him walking in slo-mo! Plus.. many more shots of him saying something to someone and walking away! Plus.. A truckload of drama involving many deaths and revelations followed by realizing the essence of agriculture in the latter half of the film where he suddenly starts caring about how much our system is corrupted.

The story is imported from grand old clichéd Tollywood mainstream socio-rebellious films. The protagonist is in Network, a CEO, an youngest billionaire. He keeps saying stuffs like 'There is only one way to success!', 'Our past tells us whether we have succeeded or not!', 'Success doesn't have a definition.. but when we succeed, we ourselves become a definition of success!'. He gives one-line punches to every question posed at him.

Rishikumar's character is devoid of any stable character arc for the audience to hold onto to understand who he is! At one scene, he insults his father by calling him a loosed. And at the same time, he would hug his teacher from the back when he tells him that he believes in him. He helps his friend to get praises by helping him to solve problems. But he also cut off his relationship with his girl out of nowhere citing that his dreams are different and much bigger. At some point, I started wondering whether his character is much worser a psycho than the stupendous study-freak Ajay (a character who just can't afford to come second).

His character basically empathizes for everything and everybody in the film. There is a dumb boy in the village.. he gifts him a whistle. There is an old woman waiting for his son to come.. he feels for her. There is a farmer cultivating all alone.. he joins him and starts learning agriculture in a crash course. Yet.. we don't get why he never check about what happened to his friend Ravi in all these years.

This bizarrely flowing screenplay doesn't hold even a bare minimum hint about the second half in the initial 90+ minutes. The backbone or crux of the film as projected is 'farming'. And we hardly hear the word being uttered in the first half. The film leisurely revolves around his flirtatious college days where every other student believes he is an Einstein in disguise and every other girl looks at him like he has fallen out of an Axe ad.

Mahesh Babu keeps pulling off what he does at its best.. his limited expressions. He plays it all with his style and swag. He looks more likeable in funny scenes than when he utters serious success mantras. The overtly confident character turns painstakingly annoying after a point when he has an advice or an offer anybody he encounters with.

Allari Naresh as Ravi plays that typical student from a poor family (thank god, he is not killed) as good as possible. Jayasudha shines in her limited screen presence. There are bunch of stereotypical actors in stereotypical characters. Prakash Raj plays a protagonist's father for the umpteenth time. Nasser plays a villain again. And don't even get me started about Pooja Hegde's character. She falls in love (?) with him for zillionth of a zero sane reason. And says that her dream is to marry Rishi, move to Newyork and take care of his kids. Rishi doesn't give her any space or attention except in songs.

Devi Sri Prasad's score and soundtrack works big time. And technically the film stands sleek with some fine cinematography and editing from K.U Mohanan and Praveen K.L. There are heartwarming moments, absurd sequences (a guy in pub says he is gonna attend weekend farming from here on, twitter trendings, shots of random public opinions), whistle worthy scenes. It is not a bad film at all. But a showreel made out of every possible templates, stereotypes and cliches you can associate with a film like this.

Jagapathy Babu is again a corporate monster who wants to buy anything if he wishes for it. I seriously wonder what is the mythological revenge story smoking beneath our directors and corporate setups! Do they really think owners of such firms have no job but 24*7 sit / walk here and there in their AC rooms and cruelly sketch out plans to eradicate a person or devastate a village?

Vamshi Paidipally's Maharishi is a star driven socio-revolutionary drama that wants to touch every aspect of a mainstream cinema and address everything but falls average as an energy draining experience on the whole. 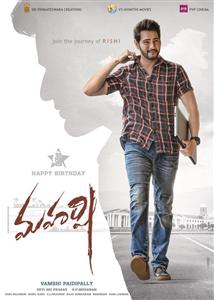