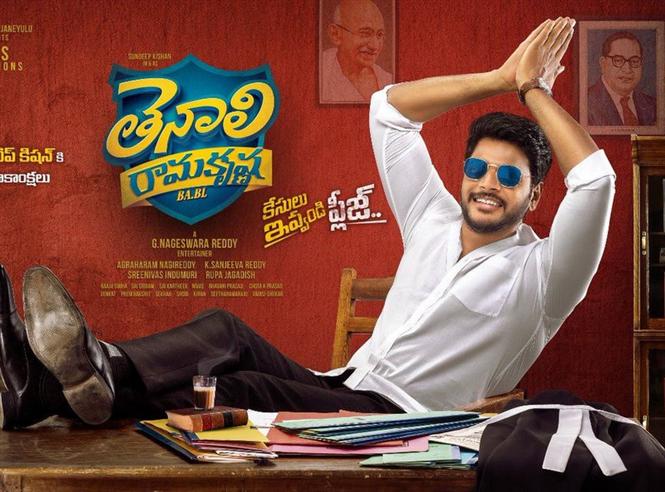 On the occasion of Sundeep Kishan’s birthday, the makers of his upcoming comedy entertainer, Tenali Ramakrishna BA BL, unveiled the film’s first look. The film is being made in Telugu and Tamil languages. 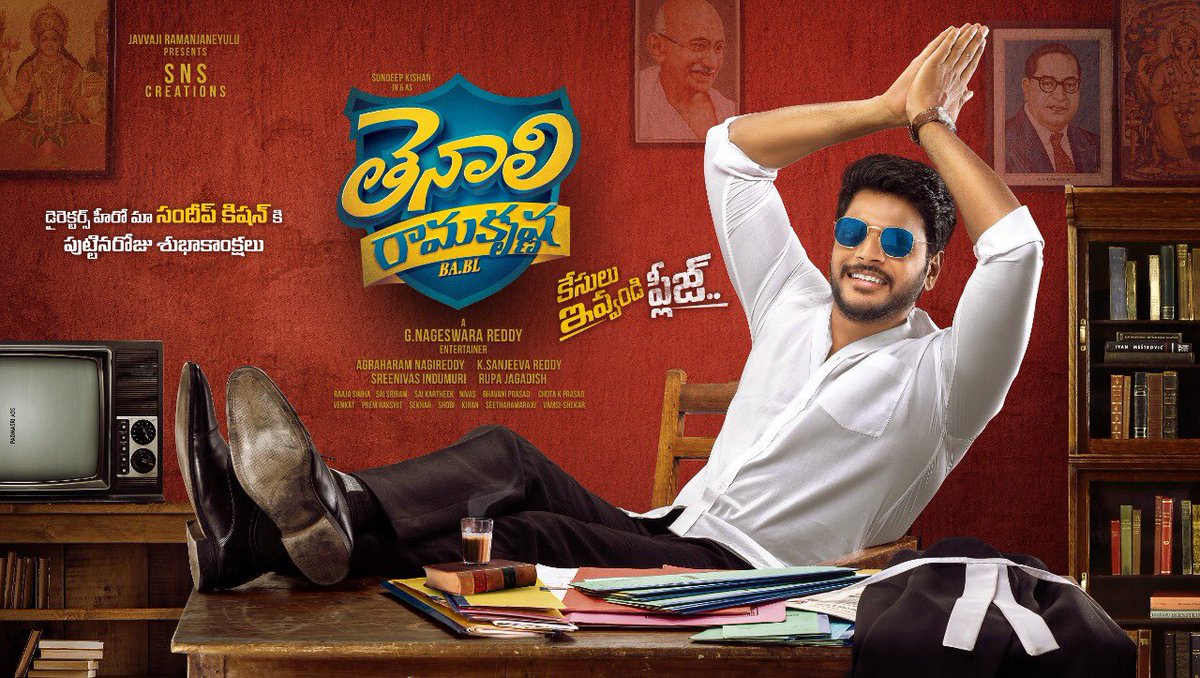 In Tenali Ramakrishna BA BL, Sundeep plays a hilarious role of a budding lawyer who struggles to get clients. Hansika plays female lead in this movie, and Tamil actress Varalaxmi Sarathkumar is debuting in Telugu with this film. 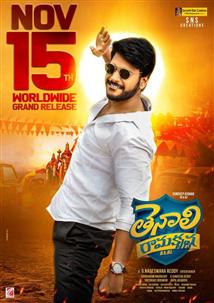