Ninu Veedani Needanu Nene, actor Sundeep Kishan's maiden production venture under the banner Venkatadri Talkies, had it s official teaser release today. The movie which is directed by Caarthick Raaju has Anya Singh for the female lead and also stars Posani Krishna Murali, Murali Sharma and Vennela Kishore among others.

Actor Siddharth has crooned for a song in this film which has music by Thaman, cinematograpphy by PK Varma and KL Praveen for the edits. 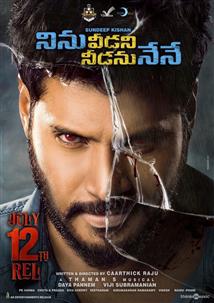