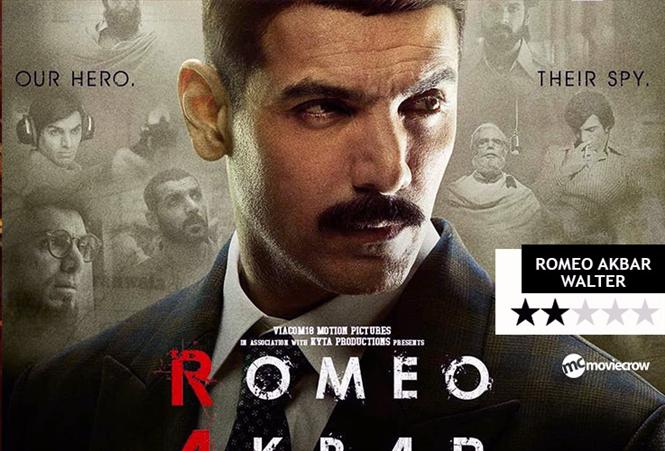 Romeo Akbar Walter (referred to hereon as RAW) is a film that has been in the news from the time it was announced. Conceived by Robbie Grewal, the film appeared to be very different from his past works (Samay, MP3: Mera Pehla Pehla Pyaar & Aloo Chaat), this time around he seems to have been inspired by vignettes emerging out of conversations with his father, a retired army officer. With Sushant Singh Rajput originally on board as the main lead, the film’s first look reveal did get noticed. But very soon Sushant moved out and in came John Abraham. Call it a matter of sheer coincidence but with Uri: The Surgical Strike turning out to be a huge success and with the Pulwama and Balakot incidents of late it looked like the makers of RAW had managed to get very lucky with their release date. The promos showed glimpses of a potentially interesting spy thriller and with John Abraham’s recent box office form, it looked like a possible winner indeed.

But not everything that glitters is gold as they say and so is the case with RAW. It’s a film that promised quite a lot but doesn’t exactly meet its potential in terms of execution. Let’s try and find out why. As we all know by now, the film is set in 1971 against the background of an impending war against Pakistan. There’s tension in East Pakistan (present Bangladesh) and RAW chief Shrikant Rai (Jackie Shroff) decides to recruit someone specially for the purpose of being a communications expert in Pakistan. Shrikant ends up recruiting Romeo Ali (John Abraham), a bank officer and the son of an army martyr. Romeo receives his training and is rechristened as Akbar Malik, ending up soon in POK as a youth harbouring hatred against India. Akbar ends up impressing Isaq Afridi (Anil George), a highly connected weapons dealer and thus begins his mission in Pakistan. What happens from thereon is what the rest of the film is all about.

Surprisingly Robbie Grewal has tried to come up with a slow burn thriller, reminding us a bit of the cold war spy thrillers like Bridge of Spies (2015) and Tinker Tailor Soldier Spy (2011). While there’s nothing wrong with that Robbie seems to have erred on a couple of aspects; first of all the notable cold war spy thrillers worked because despite being slow burners they managed to exude an undercurrent of tension throughout the tale convincingly, leading to a good culmination. Also if this is indeed the objective then shouldn’t the promos have also tried to convey the same to the audience? Why end up misleading the audience a bit by suggesting something that looked like either an action-thriller or a fast paced spy thriller? Robbie Grewal and his co-writers Ishraq Shah and Shreyansh Pandey have not been able to keep an undercurrent of tension throughout the narrative, managing it only in spurts. This is where last year’s successful Raazi which was set in the same period scores over RAW comfortably.

Here we strangely get to watch a first half that’s dull and largely lifeless, with hardly any exciting moment. To Robbie’s credit it is worthy to note that the second half is way better, the last half an hour or so bringing in some urgency to the proceedings. But by then the damage is already done, the audience would find it very difficult to still be invested with the film or the characters. Thankfully the look and feel of the film conveyed is authentic, a sort of a given for films with a sizeable production budget these days. Strangely there’s no outstanding song in the film at least that could have been a reason for us to remember it for the rest of the year. In terms of the performances Raghubir Yadav is ever reliable playing Mudassar, the Pakistani working for RAW while Anil George is effective but getting typecast now. Rajesh Shringarpure as the deputy chief of RAW and Jackie Shroff do what is expected out of them while Mouni Roy doesn’t really have much to contribute.

John Abraham does get to portray 3 different avatars and is adequate playing the RAW agent who values his motherland over everything. But there’s no significant gain that he’s ensured with this film in terms of his performance or the approval of the masses. RAW will remain a missed opportunity by Robbie Grewal, he got nearly everything right to make the film work, but let’s himself down with his own writing and execution.

RAW had the potential to turn out to be a slick spy thriller but Robbie Grewal’s end product is a let-down and it doesn’t manage to satisfy us enough. 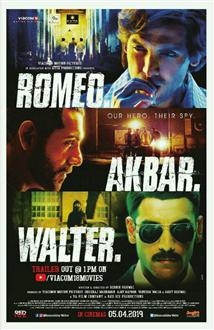