Kesari Review - Combining Facts and Fiction to Create a Superhero 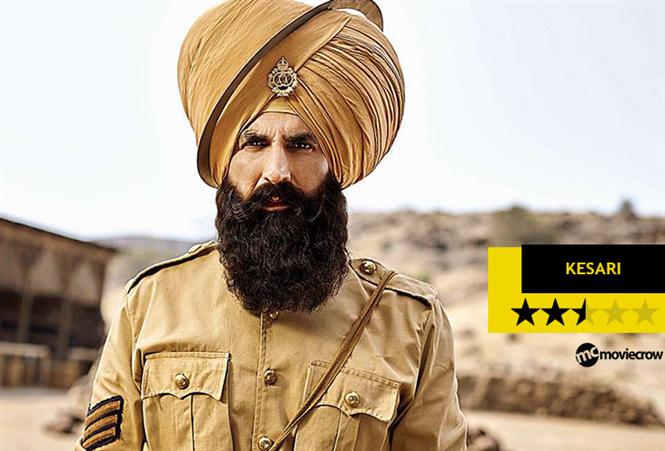 Kesari Review: Combining Facts and Fiction to Create a Superhero

Havildar Ishar Singh (Akshay Kumar) disobeys his British superior and is punished with a transfer, thus having to reluctantly shift to Saragarhi and take charge of the fort. Used more as a communication base between the more important Gulistan Fort and Lockhart Fort, Ishar is dismayed to find the members of the 36th Sikh Regiment stationed at Saragarhi Fort to be casual at work, indulging in petty activities including rooster fights. Being a strict disciplinarian he knows that the unit needs to be instilled with seriousness and thereby, earn their respect to become a real leader. The way he goes about doing so is shown in a casual yet entertaining manner, setting up the base for the historic battle to be witnessed a little later on. This is a section from Anurag Singh’s Kesari which is not just about his leading man, but goes beyond the same to give us a glimpse of the men who fought the epic Battle of Saragarhi. Unfortunately the rest of the film is mostly a one man show, but more on that in a while.

While Punjabis (Sikh or otherwise) have perhaps grown up listening to tales of the legendary Battle of Saragarhi from their childhood, the rest of us have also managed to update ourselves in the recent past. Of course I am assuming that you are a film lover and hence aware of the war thanks to multiple film projects being announced on the same theme. And thus we have the first of them hitting the theatres today, Kesari. The film begins with a disclaimer that while it’s based on the actual battle fought in 1897 between the 36th Sikh Regiment (an infantry unit under the British Indian Army) and the Afghan tribesman, it’s a fictional retelling of the tale, thus giving ample indication of the cinematic liberties to be witnessed in the film. Havildar Ishar Singh gets transferred to Saragarhi Fort at a time when the Afghan tribesmen of various clans unite together with the motive of attacking and capturing the 3 forts on the Indian side of the border of the former North West Frontier Province (now known as Khyber Pakhtunkhwa, Pakistan).

With Saragarhi falling in between the other 2 forts and not being as heavily guarded as the other two; it becomes the obvious first target of attack for the Afghans. Stuck with the possibility of no reinforcements, Havildar Ishar Singh and his unit comprising of just 20 soldiers decide to tackle the huge enemy army (10,000 odd soldiers) resulting in a historic tragic battle. Anurag Singh and his co-writer Girish Kohli seem to have worked with the single mandate of supporting the narrative in such a way that it would appear mass friendly. So perhaps that’s the only reason as to why Ishar Singh’s character alone gets a proper backstory, including some scope for romance. None of the other war heroes get their share of the spotlight, a few of them managing somehow to still leave an impact with whatever little screen time they could manage to get. The writing also takes great pain to ensure that the battle is shown as one for safeguarding Sikh pride, dumbing down the British angle to a large extent.

While there’s nothing wrong in this, it becomes a little tiring to hear the religious aspect being driven with so much force, the Sikhs being the good men here and the Afghans being shown as barbarians and partly blinded by their own religious beliefs. At nearly 151 minutes, the film is a little longer than required, especially considering that the actual battle portion begins only post the interval. Also while the action choreography adds the required zing, making the last 40 odd minutes pretty engrossing, it also eventually gives room to allow Ishar Singh a superhero act, decimating hundreds of enemy soldiers. Thankfully the film ends with another character, Gurmukh Singh, the youngest member of the unit showcasing a heroic act, or else it would have looked pretty skewed all the way. Apart from the action choreography, the period look of the film needs to be appreciated, the choice of locations, the costumes, production design and of course Anshul Chobey’s cinematography being of immense value.

There’s not much to talk about performances as it’s mostly an Akshay Kumar show all the way. Parineeti Chopra has only a cameo and thus doesn’t get to do much. As for Akshay well this is something right up his alley, he gets to deliver powerful dialogues, take pot shots both at the British and the Afghans and indulge in rabble rousing in a way. Kesari may not be a film that does total justice to the premise, but it looks like Anurag Singh has been fairly successful at taking care of his mandate. Hence the film comes across as an audience friendly attempt to revisit history.

Anurag Singh combines facts and faction in a manner to suit the target audience with Kesari, getting the benefit of having a leading man like Akshay Kumar. 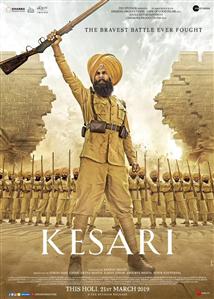