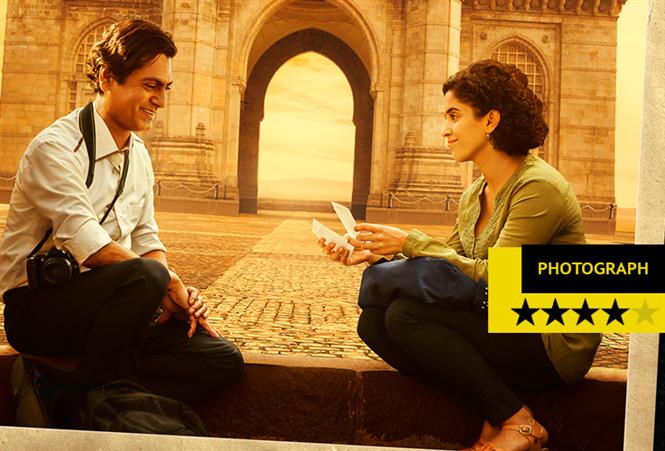 Photograph - A Lingering Melody of Silence

Like Ritesh Badra's earlier works, 'The Lunchbox' and 'The Sense of an Ending'.. Photograph is also about dejected people in big city. The distance that played a part in those films is still there. Rafi and Milani are lost in the mundaneness of their life. They just keep it going as they have no other say. And then, one day a touch of magic happens..

Rafi, a photographer taking pictures of people near Gateway of India and Milani, a topper student utterly under parental pressure of academics and marriage, meet through destiny's call when he makes her to pose and clicks a photograph of her. He later uses her photograph as an excuse to quiet her grandmother who is urging him to marry. He claims that he has fallen in love with the girl in the photograph. He calls her Noorie.

The first time we see Milani, she is being used as nothing but a mere subject for her parents to choose a colour for her cloth. In a passing conversation shot, we get that she had dreams to be an actress in her childhood which is shrunk by her mother. Sanya Malhotra's performance is superlatively internal. The lostness she portrays is infectious. The shot where we see her gazing through the sea gives you all about the freedom she craves for. We rarely see her smiling in the film. And when she does, it comes out of her heart.

Nawazuddin Siddiqui delivers yet another best performance of him. His ability to stay subtle, cut off the clichés and still make the character humane and real never stops amazing you. He brings in an age.. a mind to the role.. and evokes an empathy towards the character.

The film has vivid strokes of several lives ans characters. Most of them hardly have dialogues. Like a CampaCola maker who stands as an assurance of ageing love. There is a brilliantly written part of a servant-maid which strikes both in the mundaneness and compassion. Rafi lives with few other co-workers working in the big city. And they all share their highs and lows everyday over booze. Even a cab driver who comes for a minute of two leaves an impact.

Farrukh Jaffar who plays Rafi's grandmother is a riot. The generation connect she brings to the story makes the film transcend time and makes it eternal. She gifts Noorie an anklet. An anklet that has been passed over generations in her family. This anklet is beautifully linked to the one that the servant-maid is wearing. Geetanjali Kulkarni does a phenomenal job as the maid. The effortless blend of affection, blush and the constant 'where to stand' line she draws is quite something.

Despite having a very shortfilmesque premise.. and a slow pace that's not just in narration but the editing, the way visuals are composed or how the characters speak.. Photograph is a collective triumph in staying true to tell the story that unwinds itself into thin air amidst millions and. millions of hues and cries in Mumbai.

Old Hindi songs spreads over the vacuums that the numbness in the story creates. Rafi names Milani as Noorie through a song. Milani after biding a goodbye to Rafi asks the cab driver to volume up the track that is playing. The final scene happens when they come out of a movie hall as a song goes on. Milani asks Rafi about what happens after the song. And he says they fall in love with each other and the story goes on. Probably, Photograph is as simple as that. They might have fallen in love with each other. He might have given her the CampaCola he bought after a great struggle. If only.. life works with that magic and charm.

Ritesh Batra's Photograph gets as meditative as possible. This trance of a film is a quite melody of silence that tranquils post a monsoon mid-night rain. 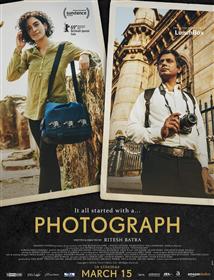