118 Movie Review - Dream Away to Justice and Glory 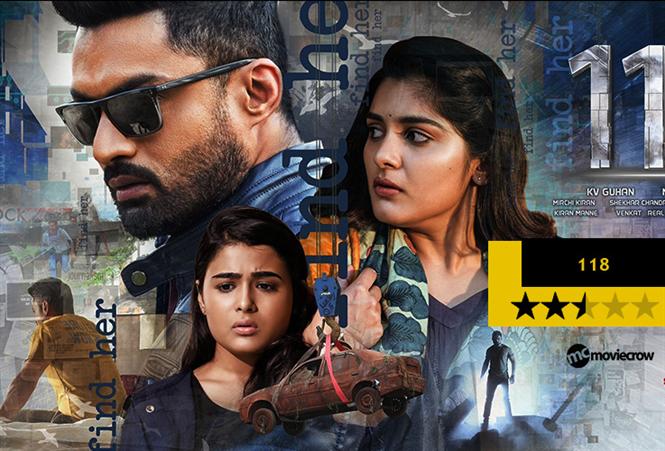 118 Review: Dream Away to Justice and Glory

Imagine getting a dream that startles you & shows you images that you are totally unaware of in your life. And if that wasn’t enough, imagine going through the same experience exactly the same way a few months later. Wouldn’t that amaze you, make you worried and ponder over the whole thing? Well the promos of K.V. Guhan’s 118 did indicate the possibility of a slick thriller but then it was too early to celebrate without looking at the final product. K.V. Guhan is a well known cinematographer, known for his work both in Tamil and Telugu cinema. While he did direct a film in the past, Inidhu Inidhu (2011), the Tamil remake of Sekhar Kammula’s Happy Days, that film did not take him anywhere. And now he returns to direction with 118, this being his first Telugu film as director. So how has the final product turned out? Let’s find out.

Gowtham (Nandamuri Kalyan Ram), an investigative T.V journalist, gets a strange dream of a girl being brutally beaten up and a car thrown into a lake when he’s staying in a resort. On waking up he realizes that he’s had the same dream some 6 months ago, co-incidentally while staying at the same room no 118 in that particular resort. Gowtham gets the intuition that something had goneterribly wrong with the girl and sets about investigating the case, only to find out that a few people want him to stay away from the investigation. He soon finds out that the girl in question is Aadhya (Nivetha Thomas) and that she’s been missing for a while. What went wrong with Aadhya and what do the dreams actually convey are what both Gowtham and the audience find out as the tale moves forward.

The writing by K.V. Guhan is kept simple, though it had the possibility of getting a little complex owing to the subject. You don’t need to think of Inception, Guhan himself brings in the comparison with the subject of lucid dreams, however this is just a tool to move the story forward and hence the comparison ends there. There are no prizes for guessing the route which the back story of Aadhya would go on to take, it is definitely intentional to bring in the emotional core into the story. However it is to Guhan’s credit that the emotional upheaval is kept under control and doesn’t go overboard. There is just about enough of suspense built up in anticipation to make you look forward to the second half after a decent first half. However despite all the efforts and the good work by the director and the team, there is something missing, the X factor that could have certainly made it a gripping suspense thriller.

What you get intead is the feeling of watching something that had the potential to be a memorable film, but ends up as something just better than a has been. Thankfully at just 126 minutes the film doesn’t stretch too much and leave you worried. Of the supporting cast Nasser as the psychiatrist has nothing much to do, while Prabhas Sreenu as Gowtham’s colleague Ramesh and Hari Teja as Esther manage to get good screen time. Shalini Pandey who plays Megha, the ladylove of Gowtham, has to be content playing someone with a pretty face and of support to Gowtham’s quest. Nivetha Thomas leaves as a strong impression and is the driving force of the film. Kalyan Ram fits the role of Gowtham, using a mix of brains and brawn to get through his investigation. While this isn’t anything exceptional, at least 118 will be remembered as one of the better films in his acting career.

Overall 118 is a reasonably interesting attempt by K. V. Guhan and addresses an important topic in the route of a thriller. But it falls well short of being a fantastic thriller which it could have been.

K. V. Guhan attempts to come up with an engaging thriller and succeeds partly in his endeavour. This is a film that is easy on the eyes but not beyond that. 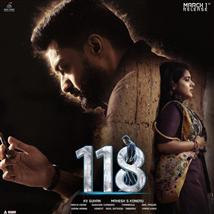