The trailer of Amitabh Bachchan and Taapsee Pannu upcoming film Badla has dropped. Badla is an official remake of the Spanish movie The Invisible Guest, in which Taapsee will be playing the role of a powerful businesswoman and entrepreneur. The film is directed by Sujoy Ghosh. The movie is being co-produced by Shah Rukh Khan’s Red Chillies Entertainment.  It is slated to release on March 8, 2019. 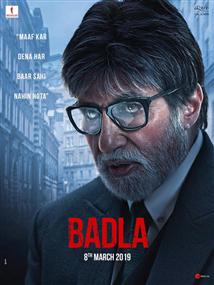