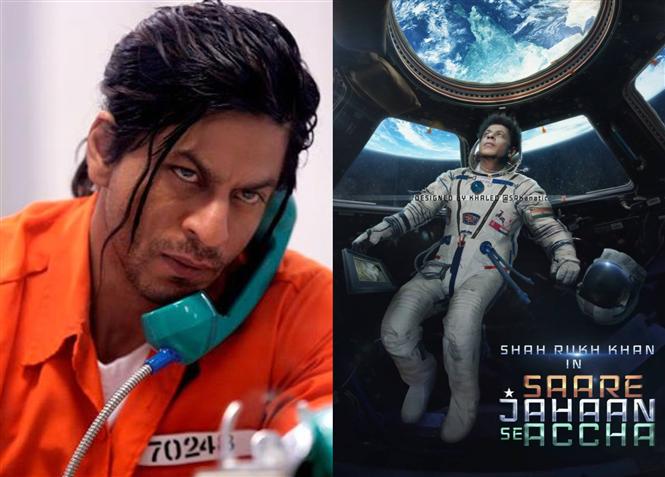 Post Anand L. Rai's Zero, Shah Rukh Khan was expected to be a part of Indian astronaut Rakesh Sharma's biopic Sare Jahan Se Achcha(SJSA) with Anjum Bali as the writer, Mahesh Mathai as the director and Siddharth Roy Kapur and Ronnie Screwala as producers. However between the constant speculation of SRK stepping out and writer Anjum Bali referring to the actor's exit as 'fake news', the status of the project remained unclear.
Now, one of the producers when asked about the film has refused to comment on it leaving the future of the project on a cliff-hanger.

Folks producer @RonnieScrewvala has refused to comment on #SJSA #SareJahaanSaiAcha which means there is absolutely no clarity as to whether #KingKhan @iamsrk is starring in the #RakeshSharma biopic. This is the truth so we will have to play the waiting game and find out! 😶 pic.twitter.com/xRTNFPWTae

On the other hand Don 3 which was supposedly the project SRK was leaving SJSA for is also not happening anytime soon for the director of the series Farhan Akthar has rubbished all talks of another film in the action franchise.