The much-awaited trailer of The Accidental Prime Minister starring Anupam Kher as former Prime Minister Manmohan Singh, is out. The film chronicles the life of politician-economist Manmohan who served as India’s PM from 2004-2014. The film is based on the book written by Sanjaya Baru, who was the media advisor of Manmohan Singh. Akshaye Khanna plays Baru in the film that releases on January 11. 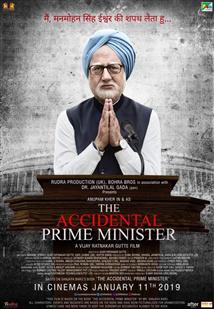