Theevandi Review - This Locomotive Chugs Along in Fits and Starts 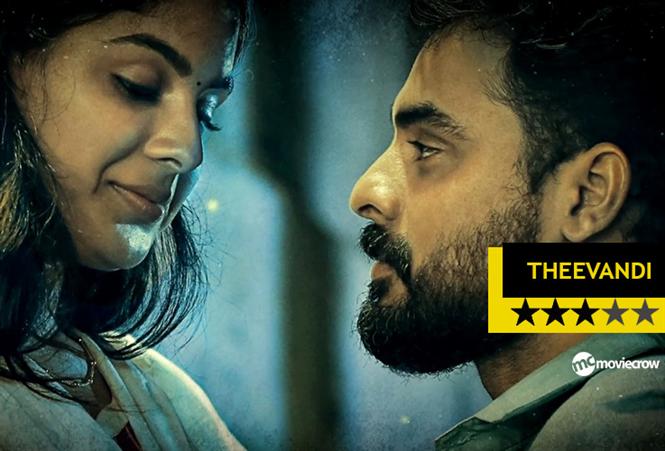 Theevandi Review - This Locomotive Chugs Along in Fits and Starts

There was a time when good promos and one or more catchy songs in the film meant that you had a guaranteed set of people who would probably be keen to watch the film in the opening weekend. This phenomena still exists no doubt, but then you also have the recent case of certain Malayalam films peaking a lot earlier than they should have & as a result ending up losing out on the fizz of sorts. Confused? Well let me explain, I am referring to promotions picking up in a grand fashion & generating interest in the film, but the film getting inordinately delayed & thus the makers losing out on all the early mileage that they had managed to generate. It had happened with “Poomaram” in the recent past and I feared that it could happen once again with “Theevandi”, considering that the fantastic “Jeevamshamayi” song has been popular from almost the beginning of the year.

With the release date getting shunted around a few times I was wondering if the film would still manage to impress. After all the teaser and trailer seemed to be working, sort of complimenting the goodwill earned by the song. Theevandi was going to be one of the several Onam releases this year, but then fate intervened in the form of excessive rain & the resultant floods in Kerala. Hence there were no new Malayalam releases for the festival. But finally with the releases getting scheduled from this month, Theevandi managed to hit the screens first (along with Ranam) and thus earned some first mover advantage. So has the film gone on to actually benefit from the same? Does it manage to be an impressive outing at the cinemas & most importantly is it a fun entertainer as promised? Well let’s find out.

Bineesh (Tovino Thomas) is a carefree youth whose life revolves around cigarettes, his friends & his ladylove Devi (Samyuktha Menon). The influence of tobacco in Bineesh’s life came in very early in a comic fashion thanks to the presence of his uncle (Sudheesh). Growing up, Bineesh starts smoking on a fancy, only to become a chain-smoker & earning the tag of “theevandi” from the local people. Bineesh’s brother in law Vijith (Saiju Kurup) is an aspiring politician belonging to the BSCL party, the same political party that Devi’s father, Madhu (Suraj Venjaramoodu) also belongs to. Madhu is not fond of Bineesh as he feels that the youngster has nothing better to do in life apart from smoking all day. But circumstances bring a change around and the families agree to get Bineesh & Devi married, only for a twist of fate later which sees Devi getting upset with Bineesh and leading to a break-up between them.

In a strange yet comic fashion the local MLA (Shammi Thilakan) gets badly injured in a road accident and slips into coma, prompting the BSCL party to start looking at the possibility of a bye-election. The party cadres seem to be fond of Madhu as the choice, but egged on by Bineesh, Vijith also throws his hat in and Madhu cleverly agrees to withdraw from the contest if Bineesh can refrain from smoking till a forthcoming local party event gets over a few weeks later. What happens from thereon is seen against the political backdrop which is thankfully shown more as a satire and thus not something to be taken too seriously. Vini Vishwa Lal’s writing is good in parts, there is a lot of interest generated by the proceedings initially and debutant director Fellini T.P seems to have got the momentum well set early on. The characters are all relatable and likeable with their quirks and the humour element is clearly visible without going overboard. But the film is a little uneven of sorts, after managing to set up the premise effectively, the proceedings from thereon do not impress much except for a few bright moments here and there. While the challenge thrown to Bineesh and how he counters it sounds very exciting, the same cannot be said for the way it gets translated on screen, thus diluting the impact. Kailas Menon’s music is an asset for the film and “Jeevamshamayi” (lyrics by Harinarayanan B.K, vocals by Shreya Ghoshal and Harisankar K.S) is definitely a contender for song of the year. The film boasts of some fine performances, Rajesh Sharma as Bineesh’s dad Damodharan, Suraj Venjaramoodu as Madhu and Saiju Kurup as Vijith are all effective. Sudheesh is fantastic as the chain smoking uncle of Bineesh and Samyuktha Menon in her first lead role clearly shows the potential for a long innings in the industry.

Tovino Thomas continues his good form, he plays Bineesh with a lot of impish charm and that works. If only the film was also uniformly consistent as it’s leading man, the end result would have been even better.

Theevandi works to an extent thanks to some likeable performances, especially from the lead pair and an interesting premise. It is also thankfully not a preachy film, alas if only it was an example of potential being put to right use as well. 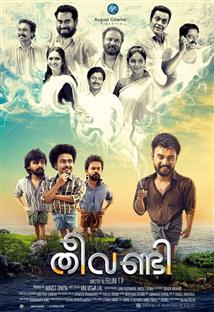