The much awaited Geetha Govindam audio has been launched officially in a grand audio launch event. Music by Gopi Sundar. Geetha Govindam starring Vijay Deverakonda and Rashmika Mandanna in the lead roles is directed by Parasuram of ‘Solo’ and ‘Srirastu Subhamastu’ fame. The film is slated for the release on 15th August, 2018. The film touted to be a romantic comedy is produced by Bunny Vas under the banner of GA2 pictures. 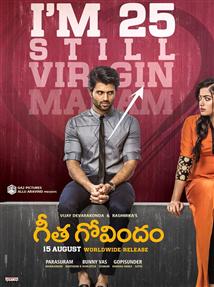