The official trailer of Allu Arjun starrer upcoming film Naa Peru Surya Naa Illu India (NSNI) which is gearing up for a release on May 4, 2018, has been released. The film is directed by Vakkantham Vamsi and has Anu Emmanuel playing female lead.

The movie has Vishal-Shekhar for music, Rajeevi Ravi for cinematography and Kotagiri Venkateshwara Rao for the edits. NSNI is produced by Ram Laxmi Cine Creations and will be released in Tamil as well. 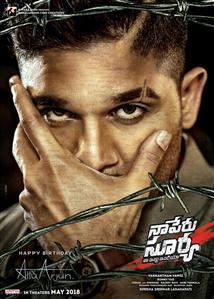